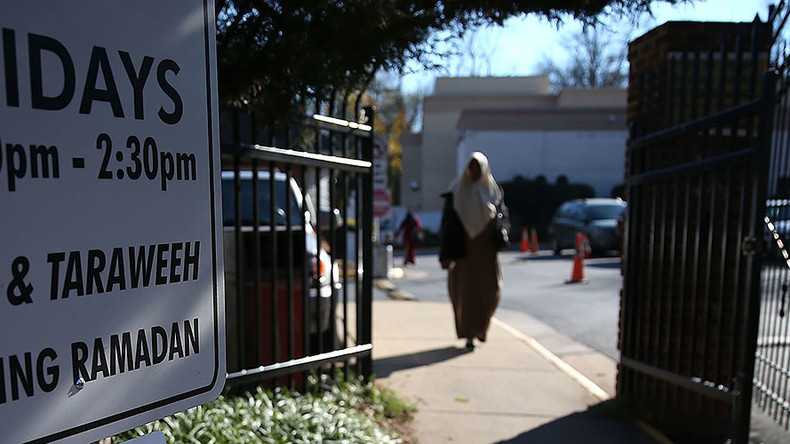 Imam Johari Abdul-Malik, who was director of outreach at the Dar Al-Hijrah mosque in Falls Church, posted his resignation Friday on his website. He cited “the lack of decisive leadership” from the mosque’s board and “many reprehensible statements” by the mosque’s senior imam Shaker Elsayed, according to the Associated Press.

Elsayed’s comments during a lecture on child rearing and family life last month sparked controversy on June 2 after a right-wing watchdog group circulated a video clip of his speech online.

In his lecture, a video of which appeared on the mosque’s YouTube channel, Elsayed spoke about circumcision as the cutting of “the tip of the sexually sensitive part of the girl so that she is not hyper-sexually active.”

He warned about the dangers of more serious forms of the procedure, but advised congregants to seek the advice of a Muslim gynecologist to see whether minimal action was necessary.

Elsayed later issued a clarification through the mosque’s website saying that “Islam would never support anything that harms anybody’s well-being” and that he should have avoided his comments on hyper-sexuality.

“I hereby take it back. And I do apologize to all those who are offended by it,” Elsayed wrote. Dar Al-Hijrah’s board denounced Elsayed’s comments Monday. Two days later, it placed him on administrative leave.

Abdul-Malik says in his resignation letter that the board’s actions against Elsayed are not enough.

“Ultimately, The Board of Dar Al-Hijrah Islamic Center is responsible for the direction of the community and its leadership. They are proceeding in a different direction than I believe is in the best interest of the congregation and the community at-large,” Abdul-Malik wrote.

Female genital mutilation has been outlawed in the United States since 1996, and the World Health Organization (WHO) recognizes it as a human rights violation of girls and women. WHO estimates that more than 200 million women have undergone the controversial procedure.

Abdul-Malik was brought into the mosque after the 9/11 terror attacks and has led on much reform programs.

In 2008 he tried to establish a nationwide movement of Muslim men to lobby for a new interpretation of Chapter 4, Verse 24 of the Koran. The verse has long interpreted as giving husbands the right to beat their wives as the final step in an escalating a series of punishments for being “rebellious”.

The new interpretation would be to interpret the verse as calling for women to be obedient to Allah, according to the New York Times.

The Dar Al-Hijrah mosque has been labeled “the 9/11 mosque” by critics.

Nidal Malik Hasan, the shooter at Fort Hood in 2009, attended the mosque in 2001. He prayed there the same time 9/11 hijackers, Nawaf al-Hazmi and Hani Hanjour, were regulars under the Imam Anwar al-Awlaki – who later joined Al-Qaeda, according to the AP.

The mosque’s phone number was also found in the Hamburg apartment of Ramzi bin al-Shibh, a planner of the 9/11 attacks, according to the congressional joint-inquiry into the 9/11 attacks.