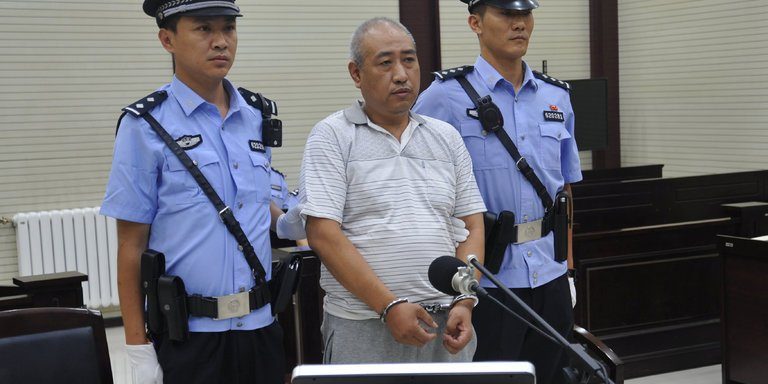 BEIJING — Thirty years after Gao Chengyong embarked on a succession of 11 rape-murders of women in northwest China, a court sentenced him to death on Friday, following an investigation that involved sifting through 230,000 fingerprints.

The sentence by a court in Baiyin, a small city in Gansu Province, was not unexpected in China, which executes more prisoners than any other. But the verdict against Mr. Gao, 53, a farmer, itinerant worker and shopkeeper, was widely reported, and applauded, in China, where the killings drew intense attention.

“The motives for the defendant Gao Chengyong’s crimes were utterly despicable, the means were utterly vicious, the nature of the crimes utterly vile,” the court’s verdict stated, according to the China News Service, an official agency.

The court found that Mr. Gao had killed 11 women, whom he usually followed to their homes. He murdered all but one around Baiyin; another woman was killed in Baotou, a city in the north Chinese region of Inner Mongolia. In many cases, he molested the women and dismembered their bodies. Besides homicide, he also was found guilty of rape and of defiling corpses. He stood trial last July.

When Mr. Gao was arrested in 2016, the last murder had taken place 14 years earlier, and the police needed advanced forensic technology, as well as an element of chance, to link him to the crimes.

Zhang Enwei, a forensic detective who helped solve the murders, said he had checked 230,000 sets of fingerprints trying to identify a suspect, Beijing News, a newspaper, reported on Friday. But Mr. Gao was one of hundreds of millions of rural migrants who move around, often slipping past city data checks, and he was not caught in the dragnet for fingerprints in Baiyin.

But by 2011, the detectives in Baiyin had acquired technology to trace DNA clues, and five years later a relative of Mr. Gao had his DNA sample taken after he was suspected of giving kickbacks. Their shared traits led the investigators to Mr. Gao, who was then running a small store in a school in Baiyin with his wife.

Mr. Zhang said Mr. Gao was very calm when he was shown the evidence, according to the Beijing News. “Basically he did not offer too much of a defense,’’ Mr. Zhang said. “He knew that this day would come.”

Mr. Gao said he would not appeal the sentence. In an interview last year, his defense lawyer, Zhu Aijun, denied reports that Mr. Gao had chosen as his victims only women and girls with long hair and dressed in red.

Mr. Gao said he had “chosen his targets for crimes at random,” Mr. Zhu told a Chinese news website. “That was one of the reasons that it was so hard to crack the case for a long time.”