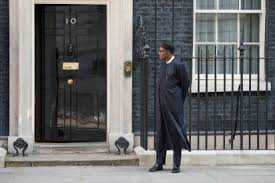 Speaking with Journalist in Abuja, the Minister said the use of the military to address the grievance in the Niger Delta region could end in disaster.

Hammond said, “It is obviously a major concern. The idea that your answer is by moving big chunks of the Nigerian army to the Delta directly doesn’t work, “It will not deal with the underlying issues.”

“Buhari has got to show as a president from the north that he is not ignoring the Delta, that he is engaging with the challenges in the Delta.”

Hammond’s call is coming on the heels of a resurgence in the activities of militancy in the Niger Delta region.

A militant group known as the Niger Delta Avengers, NDA, had in recent weeks blown up some major oil pipeline in the area.

NDA had issued a two-week ultimatum to oil firms to vacate the area because they wanted a greater share of oil revenues and an end to oil pollution.