US to establish $6million Arewa Tv in Nigeria 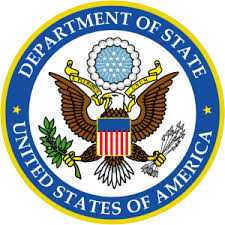 radical groups such as Boko Haram.

The move signals a ramping up of American counterinsurgency efforts to directly challenge the terrorist group, which abducted nearly 300  schoolgirls in April.

State Department officials acknowledged that setting up an American-supported channel could prove challenging in a region where massacres, bombings and shootings by Boko Haram are common, and where the American

government and Western educational programs are far from popular. The group has been known to attack media organizations in Nigeria.

The new television channel, to be called Arewa24 — arewa means north in the Hausa language — is financed by the State Department’s Bureau of Counterterrorism, and it is expected to cost about $6 million. State Department officials would discuss the programme only on the condition of anonymity, and offered sparse information about it. But details have emerged in publicly available contracting documents and in interviews with people familiar with the effort.

The project was started last year and is run in Nigeria by Equal Access International, a San Francisco-based government contractor that has managed media programs sponsored by the State Department in Yemen and Pakistan that encourage youth participation in politics, in addition to countering Islamist extremism. Work on the project is nearing completion, but broadcasts have not yet begun.

The goal of the channel is to provide original content, including comedies and children’s programs that will be created, developed and produced by Nigerians. State Department officials said they hoped to provide an alternative to the violent propaganda and recruitment efforts of Boko Haram.

Many foreign policy experts, while applauding State Department programs to counter the efforts of Boko Haram and other extremist groups, said the new satellite project faced several challenges in a region with low levels of infrastructure, public services, literacy and security.

Documents show that the television channel is to target youths, “either subtly or explicitly,” with Hausa-language programs that deliver “themes that reject political violence and violent extremism,” but do not include “news or political reporting.”

The State Department is expected to finance the channel for two years. Details about the program have come to light in the wake of attempts by the State Department and the United States Agency for International Development to create Twitter-like social media programs in countries such as Cuba and Pakistan.

The Cuba effort was widely criticized after The Associated Press reported that it was set up to encourage political dissent on the island. Officials said the effort was part of American public diplomacy programs to encourage political discussions, not a covert program to overthrow the government. But unlike the social media programs, the satellite television channel is part of an overall counterterrorism effort designed to delegitimize extremist ideology through the use of social media tools like Facebook and YouTube, as well as blogs, radio programs and online video games.

State Department counterterrorism officials also engage with terrorist groups in online forums and in the comment sections on media websites. The effort is intended to reach what one State Department official called the “middle-grounders — the fence-sitters, the sympathizers and passive supporters.”

The United States has long had a media presence in northern Nigeria. The Voice of America offers general Hausa-language news programs in the region, but State Department officials said the new project would go beyond simply providing information. In addition to the broadcasts, officials said the project would provide training to journalists in the region, including women, who would then be able to produce their own video content.