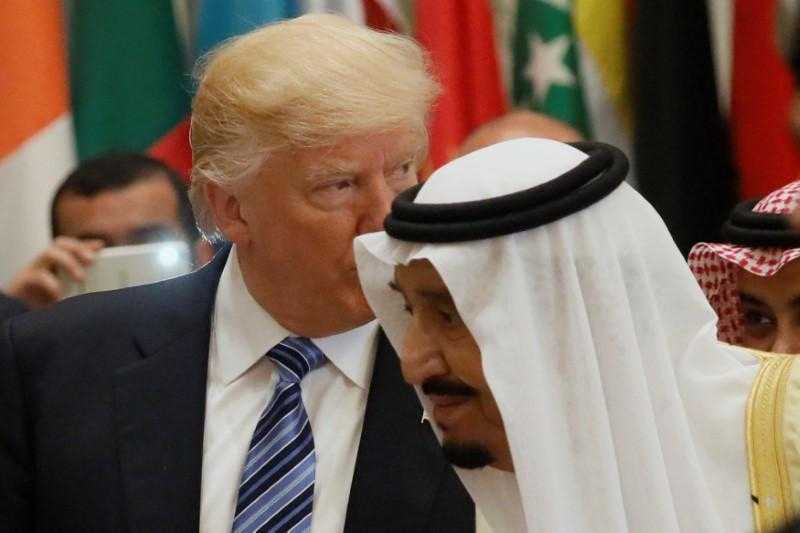 WASHINGTON The U.S. State Department has approved the potential sale of more than $1.4 billion worth of military training and equipment for Saudi Arabia, the Pentagon said on Monday, part of a $110 billion arms deal U.S.

President Donald Trump sealed with the kingdom in May.

The proposed sales include a radar system made by Lockheed Martin Corp (LMT.N) as well as a training program for the Royal Saudi Air Force and other Saudi forces inside and outside of Saudi Arabia, the Pentagon said in two separate notices on its website.

Lockheed is the prime contractor for 26 AN/TPQ-53(V) Radar Systems that were approved for potential sale.

The Pentagon said Saudi Arabia intended to use the radars to support its border security by locating the source of incoming artillery, rockets and mortars and defending against them.

The radars were a part of a $662 million State Department approval which included ammunition, trucks and technical support.

A separate $750 million “blanket order training program” contract, included flight training, professional military education, and English language training, the agency said. The contractor was not disclosed by the Pentagon in the notice.

The Pentagon said the training would include how to avoid civilian casualties, legal instruction related to armed conflict, and training about human rights.

The Defense Security Cooperation Agency, which implements foreign arms sales, said it had delivered notification to Congress of both sales.

U.S. lawmakers have 30 days to block the sales, but that rarely happens.

Trump sealed the arms deals with Saudi Arabia on May 20, during a nine-day journey through the Middle East and Europe.

The United States has been the main supplier for most Saudi military needs in recent years, from F-15 fighter jets to command and control systems worth tens of billions of dollars.

Washington and Riyadh are eager to improve relations strained during President Barack Obama’s administration in part because of his championing of a nuclear deal with Saudi foe Iran.

(Reporting by Mike Stone in Washington; Editing by Richard Chang and James Dalgleish)