U.S. pushes Beijing to keep up pressure on North Korea 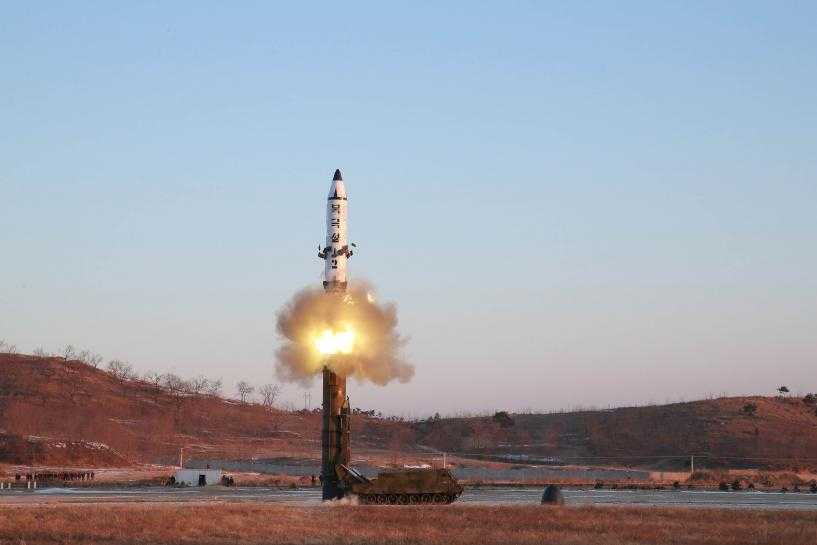 WASHINGTON Washington urged Beijing to keep pressure on North Korea to return to talks aimed at preventing Pyongyang from making further advances in its weapons program in violation of U.N. resolutions.

China’s Commerce Ministry said on Saturday that it would suspend all imports of coal from North Korea starting Feb. 19. The announcement came as part of Beijing’s efforts to implement international sanctions against the country.

President Trump’s administration has said that China should do more to pressure Pyongyang.

“All countries should fully and transparently implement all relevant UN Security Council Resolutions on the DPRK,” a State Department spokesperson said, referring to North Korea.

“We continue to urge China to exert its unique leverage as North Korea’s largest trading partner to convince Pyongyang to return to serious talks on denuclearization.”

China’s Ministry of Commerce has said its ban on coal imports from North Korea would be effective until Dec. 31.

China announced in April last year that it would ban North Korean coal imports to comply with sanctions imposed by the United Nations and aimed at starving the country of funds for its nuclear and ballistic missile programs.

But it made exceptions for deliveries intended for “the people’s well-being” and not connected to the nuclear or missile programs.