US pledges to support Nigeria in maritime security 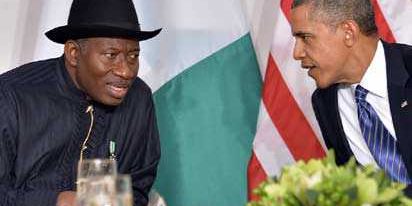 The U.S. Ambassador to Nigeria, Mr James Entwistle, on Wednesday disclosed plans by his government to support Nigeria in ensuring maritime security and safety. Entwistle said in Lagos at the opening ceremony of “OBANGAME EXPRESS 2014 Exercise” that the US was prepared to support the Federal Government’s effort at increasing security along its maritime borders. “The US remains absolutely committed to collaborating with and supporting Nigeria in its ongoing efforts to increase maritime safety and security in the region. “The US has a very strong relationship with the Nigeria Navy. We deeply appreciate the role of the Nigerian Navy in bringing nations of the Gulf of Guinea together to work effectively. “I trust that OBANGAME EXPRESS 2014 will further develop and hone your own maritime strategy. “We, therefore, remain a committed friend and partner of the Nigeria Navy. We look forward to working with you in order to enable a stable, secure and peaceful Gulf of Guinea,’’ he said. The envoy also restated his government’s support for the Nigerian government in its fight against oil bunkering. He said the US partnership with Nigeria had reduced piracy, trafficking and other maritime and overland security threats along the Gulf of Guinea. Capt. Nancy Lacore, Director of OBAGAME EXPRESS 2014, said that the exercise would focus on increasing capabilities to deter piracy, trafficking and maritime threats in the Gulf of Guinea. Lacore said that the exercise was designed to improve cooperation and tactical expertise among the participating nations. The OBANGAME EXPRESS, which involves 20 maritime nations, ends on April 23. The exercise, now in its fourth year, is one of the four US Naval Forces in Europe and Africa. (NAN) Source vanguard