US issues travel warning on Nigeria 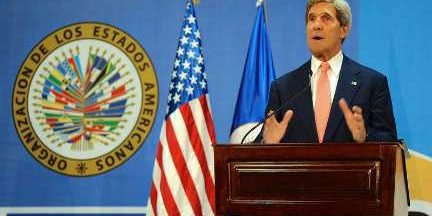 The United States has issued fresh travel alert on Nigeria, warning its citizens not to travel to North and nine other states in South.
The US predicated the alert on the emergency rule in Yobe, Adamawa and Borno states, saying extremists could expand their operations beyond the three states to other parts of the country.
“The ability  of the mission to provide assistance to US citizens in those states remains severely limited,” the US government stated in an updated alert on Monday.

President Goodluck Jonathan on May 14, declared emergency rule in the three states to restore order following the violence orchestrated by members of Boko Haram.
The travel warning came just as the US State Department placed $7m bounty on the leader of Boko Haram, Abubakar Shekau.
It warned that the latest alert superseded earlier one saying, “It replaces the travel warning for Nigeria dated December 21, 2012.’’
The advice read, “The Department of State warns US citizens of the risks of travel to Nigeria and recommends that they avoid all travel to Adamawa, Borno, and Yobe states because of the proclamation on May 14, 2013, by the government of Nigeria.
“Based on safety and security risk assessments, the Embassy maintains restrictions for travel by US officials to all northern Nigerian states (in addition to those listed above); officials must receive advance clearance by the US Mission for any travel deemed as mission-essential. US citizens should be aware that extremists could expand their operations beyond northern Nigeria to the country’s middle and southern states.”
The alert listed other states as Abia, Akwa Ibom, Bauchi, Bayelsa, Delta, Edo, Gombe, Imo, Jigawa, Kaduna, Kano, Katsina, Kebbi, Niger, Plateau, Rivers, Sokoto, and Zamfara citing kidnappings, robberies, and other armed attacks for the travel alert.
Meanwhile, the US has picked holes in Nigeria’s war against terrorism.
It said Nigeria was not doing enough to end the threat posed by Boko Haram.
The US faulted Nigeria’s legislation, and law enforcement, adding that the Jonathan administration was not keeping a close watch on  non-profit organisations  in the country to prevent terrorism financing.
The US described Nigeria’s main anti-terrorism law, Prevention of Terrorism Law of 2011, which prohibits acts of terrorism and related offences; terrorism funding and makes provision for the Investigation and prosecution of terrorists as “weak”.
This was contained in the 2012 Country Reports on Terrorism released by the US Department of State Counterterrorism Bureau, a copy of which was sighted by our correspondent on Wednesday.
It read in part, “The Nigerian government’s efforts to address grievances among Northern populations, which include high unemployment and a dearth of basic services, continued to fail, as did the security forces’ efforts to contain Boko Haram.”