US hands over naval vessel to Nigeria 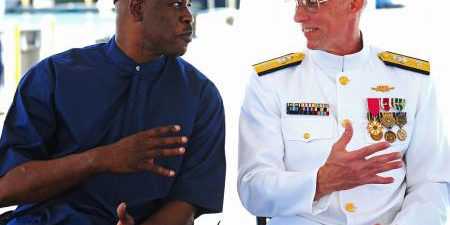 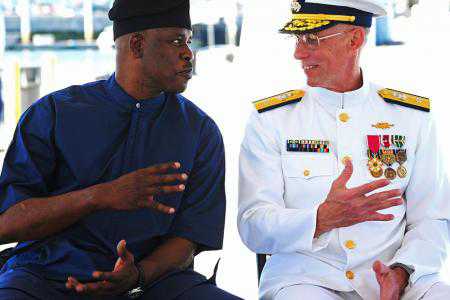 The United States navy has officially transferred the former Coast Guard Cutter Gallatin into the hands of the Nigerian Navy.

The Gallatin was offered to Nigeria April 24, 2013, through the US Foreign Assistance Act, and was decommissioned from US Coast Guard service on March 31, 2014.

During the ceremony, US Coast Guard Chief Acquisition Officer, Rear Admiral Bruce Baffer and Nigerian Minister of State for Defence, Musiliu Obanikoro signed transfer documents in front of U.S. and Nigerian spectators, marking the official handoff of the ship to Nigeria.

Baffer said the transfer was bittersweet, but said he believes the ship, now renamed NNS Okpabana, will provide valuable service to Nigeria.

The Minister of State for Defence, Senator Musiliu Obanikoro who received the vessel on behalf of Nigeria, thanked the United States navy for their consistent support.

Obanikoro said the ship will strengthen Nigeria’s ability to combat terrorism and illegal activity. “I am glad to know that American support has greatly enhanced the capacity of the Nigerian navy,” he said.