US bombs ISIS camps in Libya 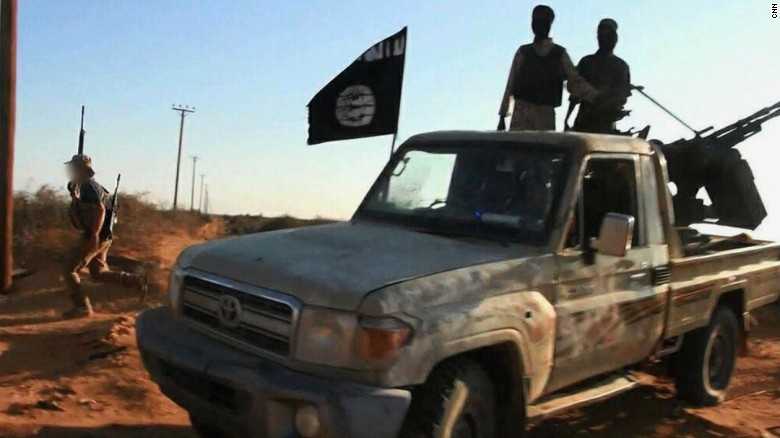 (CNN)US B-2 bombers struck and destroyed two ISIS camps in Libya overnight, with initial estimates that over 80 militants were killed, US officials told CNN Thursday.

The strikes were on external actors who were actively “plotting attacks in Europe,” Secretary of Defense Ash Carter told reporters.

The mission was approved several days ago by President Barack Obama and is expected to be the last short-notice military operation ordered by him, according to sources. “The fighters training in these camps posed a security risk to Libya, to its neighbors, to our allies in Africa and Europe, and to the United States,” Pentagon spokesman Peter Cook told reporters. “While we are still evaluating the results of the strikes, the initial assessment indicates they were successful.” A US defense official said the militants were seen immediately beforehand carrying weapons, wearing tactical vests, holding mortars and standing in formation. Read More The Department of Defense showed reporters a rare video of surveillance footage of the ISIS fighters as they loaded what appeared to be shells and rocket-propelled grenades into pick-up trucks. A second video showing the camps being bombed was also shown. The number killed was not released by the Pentagon, but the first estimate put the figure at over 80. There were no women or children in the area, the official said. Cook described the camps as being in a “very rural area.” US surveillance aircraft had been watching the sites for weeks as fighters fled from Sirte on the coastline into what they perceived to be the safety of remote desert areas. But the isolation of the area gave those surveillance aircraft clear imagery showing military-aged males in several areas, according to officials. The two camps that were destroyed were located about 28 miles southwest of Sirte, the Pentagon said. Cook said the strike was carried out by two US Air Force B-2 Spirit bombers flying from Whiteman Air Force Base, Missouri, a 30-plus hour roundtrip mission, and that over 100 bombs and missiles were dropped on the targets. It was the first time the aircraft were used in an attack since 2011.

In addition to the B-2 bombers, unmanned aircraft also took part in the strikes, the defense official said. Initially, the rudimentary camps had moved and surveillance had to be conducted again before the strike. The B-2s heavy bombers flying from the US were planning to bomb four camps, according to early reports. Some of the sites may have been empty, with fighters having moved again. US Navy warships equipped with Tomahawk cruise missiles were also on standby, but initial reports indicate they were not needed. The President’s approval of the strike underscores in the closing hours of his administration the difficulty of targeting ISIS fighters in dozens of countries around the world. Obama has increasingly relied on armed drones, bombers and special forces on the ground to go after these types of targets in Syria and Iraq. “We are committed to maintaining pressure on ISIL and preventing them from establishing safe haven,” Cook said in a statement released earlier, using another acronym for ISIS, also known as the Islamic State. “These strikes will degrade ISIL’s ability to stage attacks against Libyan forces and civilians working to stabilize Sirte, and demonstrate our resolve in countering the threat posed by ISIL to Libya, the United States and our allies.” Helping Libya’s recovering oil sector was also a likely factor in the US decision to target the training camps, according to Geoff Porter, president of North Africa Risk Consulting.     “Since the defeat of the Islamic State in Sirte, Libyan oil production has increased from roughly 500,000 to 750,000 barrels per day. This is largely due to the inability of the Islamic State to threaten upstream, midstream and downstream oil infrastructure in the Sirte Basin,” Porter told CNN. “Targeting Islamic State training camps in the Sirte Basin consolidates the oil production gains made in the last two months and reduces the risk that they will be targeted by the Islamic State again in the future.” Porter says the stakes could not be higher. “Without oil production, Libya has no revenue. The only thing that could possibly save the struggling Government of National Accord is being able to restore the provision of social services. If oil flows, then the GNA has funds. If the GNA has funds, it can spend some of that money on electricity, gas, fuel, water, and can bolster the currency to reduce inflation.”

CNN’s Ryan Browne and Paul Cruickshank contributed to this report.