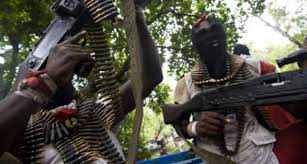 The Police in Enugu confirmed the incident, adding that the reason for
the attack is yet to be ascertained, even as they vowed to track down “those behind the killing of the monarch and others”.

A source said the monarch and youths in the village had problem “when they (youths) accused the monarch of retarding the progress of the community through fetish practices. But the Igwe had reportedly told them that the sacrifice he made was solely for the protection of himself and his family members, and not on behalf of the entire community.

“Angered by the development, the youths were said to have forcefully uprooted the royal father’s signpost, to express their disloyalty. But community leaders condemned the act and threatened to fish out and discipline the youths involved. Some of the culprits ran away from the community. It is, however, unclear, for now, if the exiled youths are responsible for this bloodbath.”

Until his death, the monarch was the Managing Director of Posdonal Nigeria Limited and Secretary of Nkanu East Traditional Rulers Council.

Enugu Police Public Relations Officer, Ebere Amaraizu, while confirming the incident, described it as “disheartening”, assuring that the command is working relentlessly to ensure that those behind the deed are brought to book.

“Full scale investigations have commenced into the incident, and the dead bodies of the deceased persons have been deposited at the Eastern Nigeria Medical Centre Enugu, and at the General Hospital Agbani, respectively. Meanwhile, security surveillance in the area has been stepped up to avoid breakdown of law and order and unmask the perpetrators,” the Police said.