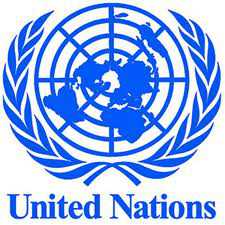 UNITED NATIONS  (AFP) – The United Nations blacklisted and imposed sanctions on Boko Haram as an Al-Qaeda-linked terror group Thursday, a month after it claimed the kidnapping of more than 200 Nigerian schoolgirls.

The designation, which was immediately welcomed by Britain and the United States, came into effect after no objections were raised by the Security Council’s 15 members.

The group, which was created 10 years ago, demands the creation of an Islamic state in mainly Muslim northern Nigeria. Their attacks have left thousands dead since 2009.

US ambassador Samantha Power hailed the move as “an important step” in support of Nigeria’s efforts “to defeat Boko Haram and hold its murderous leadership accountable for atrocities.”

Nigeria, criticised by the United States for failing to react quickly enough to the rise of Boko Haram, had asked the Al-Qaeda sanctions committee to blacklist the group and impose sanctions.

“It is significant step,” Nigerian ambassador Joy Ogwu told reporters in anticipation on Wednesday. “The important thing is to attack the problem and that is terrorism,” she added.

Experts question whether sanctions will have any real impact on a group based in a part of Nigeria that operates on a cash economy.

Boko Haram claimed responsibility for the kidnapping in mid-April of more than 200 schoolgirls in Chibok, in northeastern Nigeria which sparked international outrage.

The imposition of UN sanctions was recommended last Saturday at a conference in Paris that brought together Benin, Britain, Chad, Cameroon, France Niger, Nigeria and the United States.

The United States and a number of other countries have already designated Boko Haram as a terrorist organisation in an attempt to cut off any overseas funding for the group.

Power said the United States would continue doing everything possible to help bring back the kidnapped schoolgirls and to work with the government of Nigeria to eliminate Boko Haram.

“The Security Council has helped to close off important avenues of funding, travel and weapons to Boko Haram, and shown global unity against their savage actions,” she said in a statement.

In the last five weeks, Boko Haram has stepped up attacks outside the northeast, worst affected by the insurgency, leading to fears of an escalation of violence across the country.

Hours before the girls’ kidnapping, the group bombed a crowded bus station in the Abuja suburb of Nyanya, killing 75. A copy-cat bombing at the same location on May 1 left 19 dead.

On Tuesday, two car bombs ripped through a busy market within 20 minutes of each other in the central city of Jos, killing at least 118, in Nigeria’s deadliest such attack.

Nigeria has concentrated on a mainly military response to Boko Haram.

More than 2,000 people, most of them civilians, have been killed this year alone as a result of the violence and the military’s response, according to human rights and monitoring groups.

Critics have called into question the military’s reliance on conventional tactics to fight an enemy waging a guerrilla war and urged “soft power” strategies to be used at the same time.