UNHCR: Chibok Girls May Have Been Slaughtered in Bama 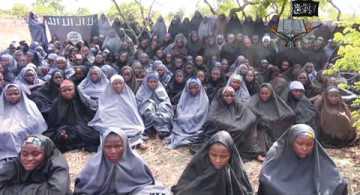 An official of the United Nations High Commissioner for Refugees (UNHCR), Mr. Raad Zeid al Hussein, believes that the over 200 Chibok schoolgirls abducted by Boko Haram a year ago may have had a sad ending.

He premised his verdict on the fact that the girls may have been part of the women who were murdered by the insurgents before they fled from Bama and other towns in Borno State just before the Nigerian military and allied forces from Chad and Niger recovered the territories.

Scores of abducted women who had been forcibly married by Boko Haram fighters were slaughtered last month as the military advanced towards Bama and other towns to recapture the territories.

Eyewitnesses said that the women were killed by the insurgents to prevent them from getting remarried to what they termed “infidels” after their release.

Aligning with the report on the murder of scores of women, Al Hussein said last week that Boko Haram murdered people who were captives, including women and girls who were taken as “wives” in their flight against the advancing forces.

According to the senior official with the UNHCR, various reports which arrived at his department in Geneva showed that the recent recovery of territories in northeastern Nigeria “has brought to light macabre scenes of mass graves and more obvious signs of killings by Boko Haram”.

These reports include the “…murder of the wives of combatants, women and girls actually held in slavery,” he said without elaborating.

The use of children by Boko Haram as “expendable cannon meat” and human bombs could, if confirmed, constitute war crimes and crimes against humanity, the official added.

Al Hussein also said there are “persistent and credible reports” of serious violations by the Nigerian security forces and other countries in their fight against Boko Haram, and called for “complete and fully transparent investigations” by the authorities.

The report by UNHRC may explain the mystery surrounding the whereabouts of the Chibok girls despite the recapture of Gwoza, the de facto headquarters of the terrorists’ caliphate, as well as the disappearance of the sect’s leader Abubakar Shekau.

Military sources, who spoke to THISDAY at the weekend in Maiduguri, said neither the girls nor Shekau had been sighted since the liberation of Gwoza, which was the epicentre of the sect’s operations.

The Nigerian military on the eve of the presidential and National Assembly elections had announced the recapture of the strategic town but was silent on the abducted Chibok girls and seemingly elusive Shekau.

The Director of Defence Information (DDI), Maj-Gen. Chris Olukolade, had in a joint press conference with the spokespersons of the Nigerian Army, Navy and Air Force, confirmed the recapture of the former terrorist stronghold.

Many were however disappointed to find out that contrary to expectations before the liberation of Gwoza, there was no mention of the girls or Shekau who is believed to be on the run.

Military sources, who spoke to THISDAY, said the mystery surrounding the Chibok girls was yet to be unraveled.

However, the strongest lead now is that the girls might have been amongst the unfortunate women who were slaughtered and dumped inside wells in Bama.

“As for Shekau, you are aware that the man suspected to have been killed or fatally wounded two years ago and his double was confirmed killed a year later, and this current impostor is yet to be fully unmasked.

“Unfortunately, on the Chibok girls, there is a strong lead that they might be among the women who were slaughtered by the fleeing terrorists and dumped into those wells in Bama.

“Remember the girls were said to have been forcibly converted to Islam and married off as trophies to those terrorists. We have a strong suspicion that they are part of those women butchered in Bama and other parts of the territories, which were under their captivity.

“Also, some of these terrorists are currently retreating to the border towns and some have successfully mingled into various towns and villages,” the source said.

Another senior military officer also informed THISDAY that while the troops had freed some women from Gwoza and other surrounding towns, they could not however ascertain if any of the Chibok girls were among them.

He said interrogations were ongoing, as there were other women who were released from the towns recaptured from the Boko Haram terrorists other than the Chibok girls.

He also explained that it is proving difficult to ascertain if the women massacred and dumped in the wells were actually the Chibok girls because the bodies were in various states of decomposition by the time they were discovered.

“Even other communities whose women and girls were kidnapped are not comfortable with the attention being given to the Chibok girls, while leaving their cases in the dark,” he said.

Last week, the Nigerian military confirmed the rescue of a large number of vulnerable women and elderly locked up by the retreating Boko Haram terrorists in the liberated town of Gwoza.

Similarly, THISDAY learnt that sustained aerial surveillance of Gwoza and other liberated areas, as well as intensive mop-up operations to clear out the remnants of Boko Haram insurgents was ongoing.

On Sunday, there were several aerial operations in support of the ground troops to consolidate the liberated towns and villages.

In this regard, Sambisa forest which straddles four liberated local government areas of Bama, Mongonu, Konduga and Gwoza, was being bombarded from the air to knock out any terrorist camp and installations.

“What I can tell you is that there is very little presence of the terrorists in those areas but we have intensified the bombardments,” a military source revealed.

Despite the bombardment of Sambisa forest, at least four people were killed Saturday when suspected Boko Haram fighters raided a local market in a village near Maiduguri, security sources said.

“It was obvious they were looking for food to replenish their supplies because they didn’t target residents as they normally would,” the official said.

The attack on the village was the sixth in as many months, according to vigilantes in the area.

Troops and vigilantes mobilised from the nearby town of Konduga to the village but the attackers left before the troops arrived, said Abubakar Sani, who was among the vigilantes that accompanied troops to the village.

“When we reached Kayamla the gunmen had left,” Sani said.

“We found four dead traders in the deserted market and we were told by residents that the attackers took away food supplies and livestock,” he said.

This was the first Boko Haram raid in a few days, although an explosion outside a bus station in Gombe State on Thursday that killed 10 people was blamed on the Islamists.

Sweeping offensives against the Islamists by a regional coalition involving troops from Nigeria, Chad, Niger and Cameroun appear to have substantially weakened Boko Haram’s capabilities.

Meanwhile, leaders of Central and West African states will hold a summit on April 8 to try to draw up a joint strategy against the threat posed by Boko Haram, a statement from the organisers said on Sunday.

It will be the first meeting of its kind since Nigeria’s election a week ago which was won by Muhammadu Buhari, a former military leader who has vowed to rid his country of the “terror” of Boko Haram.

“In the face of the mounting and increasingly bloody attacks by the fundamentalists against Nigeria, Niger, Cameroun and Chad and the serious consequences for these countries, and the real risk of destabilising Western and Central Africa, the two organisations have decided to take action,” the ECOWAS statement said.

It was not immediately clear if Buhari would be attending, as he will not be sworn in as president to succeed incumbent President Goodluck Jonathan until May 29.