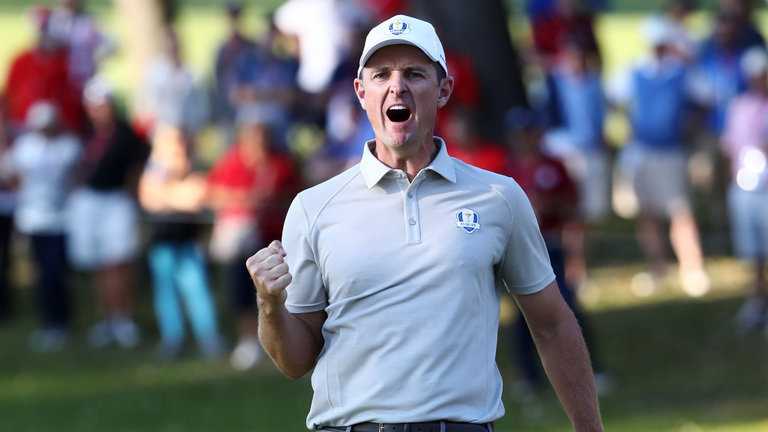 Europe will relish the opportunity to rise to the occasion against the “favourites” USA in next year’s Ryder Cup, believes Justin Rose.

Thomas Bjorn’s side will be aiming to regain the trophy from their American counterparts when the two sides meet at Le Golf National in the outskirts of Paris next September.

Europe are unbeaten on ‘home’ soil since 1993 but Rose, who has only missed one edition of the biennial match play tournament since 2008, believes the hosts will face tough opposition.

“The American team are the favourites,” said Rose, who was collecting his MBE at Buckingham Palace.

“Obviously you look at the way they demolished the International team in the Presidents Cup a couple of weeks ago. They are incredibly strong. They have got tons of confidence but I almost think that is what inspires the European team on. We have had the role of being favourites once or twice in the last 10 years and it has served us well.”

Rose, who won a gold medal at the 2016 Olympics, described receiving his MBE for services to golf as “special” and “humbling” and has admitted there is an extra source of determination to help his team-mates to victory.

The English world No 13 has been an integral component within the European set-up under previous leaderships helping José María Olazábal and Paul McGinley to victories in 2012 and 2014 respectively.

He added: “We have competed well but the European team relish the underdog role and certainly I am well more motivated going into Paris than I was at Hazeltine.

“Losing the Ryder Cup hurts more than winning feels good – so the whole team is going to galvanise and get together. We know we are playing against one of the strongest US teams ever so to beat them we have got to come together.”