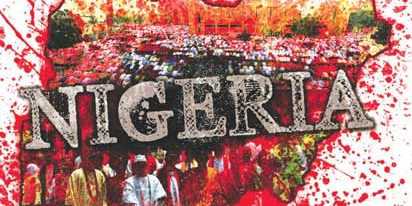 SINCE 1953, exactly seven years before independence, which was consummated on October 1, 1960, Nigeria has been a haven for flurry of political and ethno-religious mayhem, which have claimed about 3.5million lives.
After the Kano riots of 1953 that claimed many lives, violence has become a recurring decimal in the country. If two or three of the estimated 400 ethnic groups are not on one another’s throats, members of the two dominant religions – Christians and Moslems would be slaying each other.

The first and perhaps the biggest threat to Nigeria’s unity came less than six years after independence following political crisis in the the then Western region.

The crisis led to the first military coup, which later degenerated to a full-blown 30-month war between Nigeria and the Eastern region, which seceded and declared itself Republic of Biafra. The East lost the war after an estimated three million lives were lost on both sides and Nigeria as a united country was preserved.

Thereafter, the country did not cease to be a killing field. Self-determination pursuits did not also cease. We experienced the Maitatsine uprising of the early 80s. Between 2000 and 2001, the adoption of sharia law by 12 northern states led to a wave of violence during which about 2000 Nigerians were killed, a host of others were displaced and property worth billions of Naira were destroyed.

The once peaceful Jos, the capital of Plateau State became a beehive of mayhem. Scores of northern states are not immune to the recurring violence, which often target southerners, especially the Christian Igbo, who are prolific travelers and migrants.

In the late 90s, violence resurged in the Niger-Delta, a region that accounts for over 85 per cent of Nigeria’s foreign revenue through its huge petroleum and natural gas deposit. Militants protesting neglect and devastation of their area through oil exploitation held the country at the jugular as they insisted on self-determination or 100 per cent control of their resources.

It took the amnesty programme initiated by the Federal Government in 2009 for the militants for peace to return to the Niger-Delta. The amnesty programme is expected to end in 2015. There is fear that militancy may return if the political and socio-economic needs of the region are not met.

Already, there are subtle threats from Niger-Delta youths that if President Goodluck Jonathan is forcefully prevented from seeking a second term in office, they would end oil exploitation in the region. There has been a groundswell of opposition to Jonathan’s perceived second term ambition especially from a section of the North with ample support from some southern politicians.

Currently, the country is passing through another deleterious phase second only to the civil war. The Boko Haram insurgency that started in 2002 and blossomed in 2010 has rendered the Northeastern part of the country unsafe and socio-economically unstable. The sect’s murderous bomb attacks have been witnessed in many northern cities including the Federal Capital Territory (FCT), Abuja, Kaduna, Kano, Suleja, etc, during which an estimated 10,000 lives have been snatched.

Last wednesday a car bomb exploded near a petroleum tank farm in Apapa, Lagos killing four persons and injuring scores of others. The explosion is suspected to be the handiwork of Boko Haram, which  is against western education and wants full-blown sharia law introduced.

These demands are not acceptable to Christians and most of the ethnic groups drawn from all parts of the country especially in the South and this leads us to these questions: How can we end this bloodshed? Instead of remaining together in what is panning out as a deadly marriage conducted by the British in 1914 without the consent of the various tribes and ethnic groups, is it not better to go our separate ways in peace?