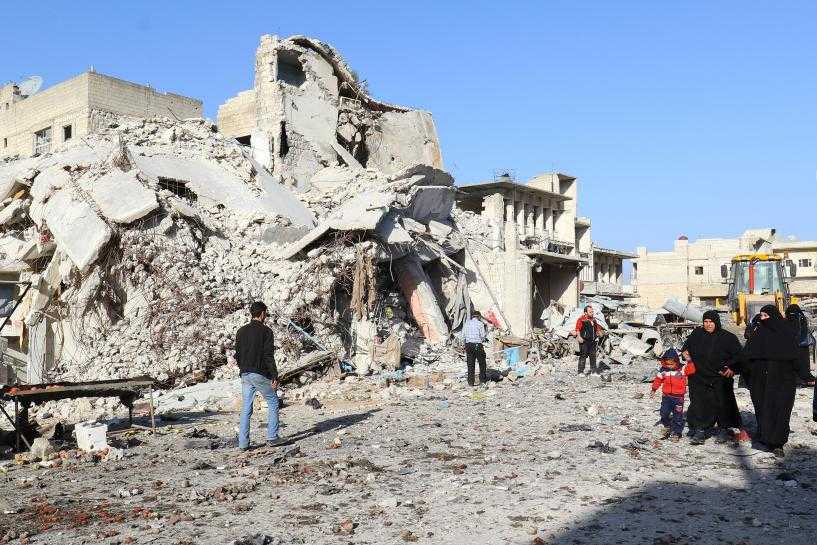 UNITED NATIONS The U.N. Security Council is set to vote on Tuesday on a bid by Western powers to ban the supply of helicopters to the Syrian government and to blacklist Syrian military commanders over accusations of toxic gas attacks, despite a pledge by Russia to veto the move.

The Security Council showdown – pitting Syrian ally Russia against the United States, France, Britain and others – comes amid U.N.-led peace talks between the warring Syrian parties in Geneva, which began last week.

A resolution needs nine votes in favor and no vetoes by the United States, France, Russia, Britain or China to be adopted.

Russia has vetoed six Security Council resolutions on Syria since the conflict started in 2011. China joined Moscow in vetoing five resolutions. It was unclear how Beijing planned to vote on Tuesday.

Britain and France first circulated the draft resolution to the 15-member council in late December in response to the results of an investigation by the U.N. and the Organization for the Prohibition of Chemical Weapons (OPCW).

British U.N. Ambassador Matthew Rycroft said on Monday that the Security Council needed to send a “strong, clear message that the international community means business on preventing the use of these abhorrent weapons.”

Chlorine’s use as a weapon is banned under the Chemical Weapons Convention, which Syria joined in 2013. If inhaled, chlorine gas turns to hydrochloric acid in the lungs and can kill by burning lungs and drowning victims in body fluids.

Syrian President Bashar al-Assad’s government has denied its forces have used chemical weapons. Russia has questioned the results of the U.N./OPCW inquiry and long said there was not enough proof for the Security Council to take any action.

The draft resolution also proposes targeted sanctions – a travel ban and asset freeze – on 11 Syrian military commanders and officials, as well as on 10 government and related entities accused of developing and producing chemical weapons and the missiles to deliver them.