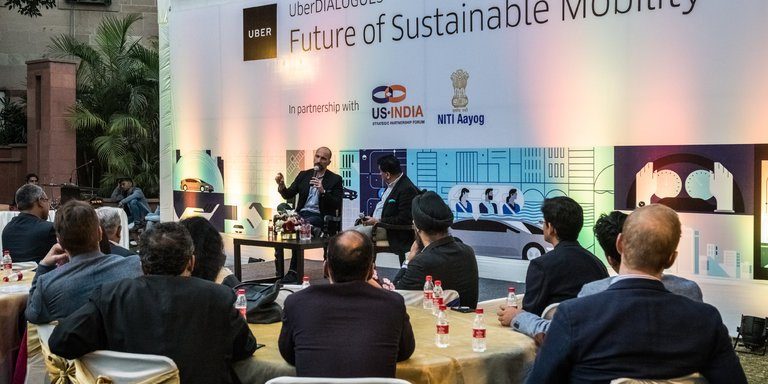 Uber, which for years spread across the globe with command-and-conquer rapaciousness, is pulling back from another major ride-hailing market.

The company said on Sunday that it would sell its Southeast Asia ride and food-delivery businesses to Grab, a rival based in Singapore, in the latest move to shore up its finances and refocus its business ahead of a planned public listing.

Uber will get a 27.5 percent stake in Grab in exchange. Uber’s chief executive, Dara Khosrowshahi, will join Grab’s board. Further financial terms were not disclosed.

The détente in Southeast Asia, which is similar to deals Uber has made in China and Russia in recent years, comes at a time of larger changes at the company, based in San Francisco.

SoftBank, the Japanese conglomerate that recently took a big stake in Uber, has also backed a host of its competitors, including Grab in Southeast Asia, Ola in India and Didi Chuxing, which bought Uber’s China business in 2016. That means SoftBank would rather these companies did not spend too much money competing against one another.

Uber’s exit from Southeast Asia, a region of more than 600 million people, also reflects the new direction the company is taking under Mr. Khosrowshahi, who replaced Travis Kalanick as chief executive last year.

Mr. Khosrowshahi has forsworn his predecessor’s infamously pugnacious way of doing business. And with a mandate to take Uber public, he has set out to repair relations with regulators, fix a troubled workplace culture and calm Wall Street about the company’s financial prospects. Uber said it lost $1.1 billion in the last three months of 2017, somewhat less than it lost in the preceding quarter.

“It is fair to ask whether consolidation is now the strategy of the day,” Mr. Khosrowshahi wrote in an email to staff. “The answer is no.”

He continued: “One of the potential dangers of our global strategy is that we take on too many battles across too many fronts and with too many competitors. This transaction now puts us in a position to compete with real focus and weight in the core markets where we operate.”

Grab was introduced in 2012 and now operates in eight Southeast Asian countries: Cambodia, Indonesia, Malaysia, Myanmar, the Philippines, Singapore, Thailand and Vietnam. And it has put up a tough fight.

With passengers in nearly 200 cities across the region, the company is aiming to be more than just a transportation provider. It wants its digital wallet, GrabPay, to replace cash as a way to pay for things at offline shops and restaurants. And in a region where many people lack credit histories or even bank accounts, Grab is undertaking a venture to make loans to consumers and small businesses. Data collected through Grab’s app, on users’ movements and transactions, is used to assess their creditworthiness.

Grab also offers a wide variety of ways for people to get around. In Singapore, you can hop on a GrabShuttle that, like a public bus, will take you between points along a fixed route. In jam-packed Jakarta, you can use Grab’s app to hail a nearby motorbike taxi right off the street, forgoing the usual process of prebooking and waiting for the driver to arrive at your location.

The company is generally regarded as the market leader in Southeast Asia. But in Indonesia, the region’s most populous country, it is taking on Go-Jek, a local rival whose apps offer services, such as massages on demand and motorbike parcel deliveries, that go beyond just rides. Go-Jek’s investors include Google and Tencent, the Chinese internet conglomerate.

In an interview, Ming Maa, Grab’s president, said that the deal with Uber would help Grab move closer to profitability, although he declined to give specifics. One key benefit of combining with Uber, Mr. Maa said, is that it immediately expands Grab’s food-delivery operations.

“That has massive, massive benefits to our consumer base,” he said, “but is also a key driver for our mobile payments business.”

For Uber, ceding Southeast Asia still leaves it with plenty of challengers elsewhere in the world. Didi Chuxing, based in Beijing, invested alongside SoftBank in Grab last year. It recently raised money from SoftBank and other investors at a valuation of $56 billion — higher than the $48 billion at which Uber was valued as part of last year’s stake sale to SoftBank.

Now, Didi wants to go global. The company, whose full name is pronounced “dee-dee choo-SHING,” recently took control of 99, an Uber rival in Brazil, and is recruiting on LinkedIn ahead of a planned opening in Mexico.

Didi is also aiming to expand soon into Japan — a market in which Uber, too, will make a big push this year, according to Mr. Khosrowshahi. SoftBank, despite being an investor in both Uber and Didi, announced recently that it would partner with Didi in Japan.

A version of this article appears in print on March 26, 2018, on Page B6 of the New York edition with the headline: Uber to Sell to Regional Rival in Southeast Asia. Order Reprints| Today's Paper|Subscribe