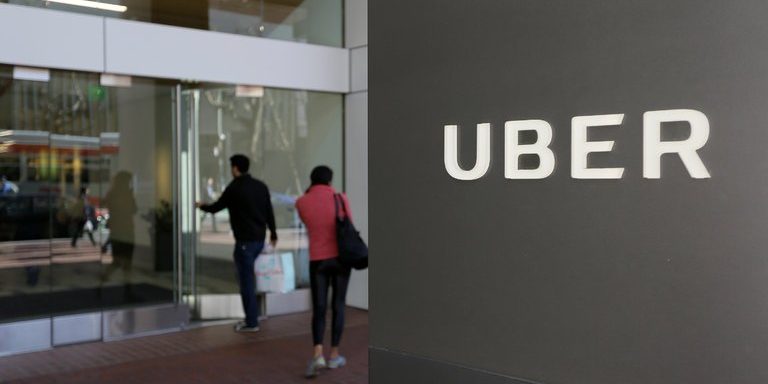 SAN FRANCISCO — Uber started a pilot program in San Francisco to allow its customers to reserve “pedal-assist” electric bicycles within its ride-hailing app in January. Now, Uber says it plans to buy the company behind the bike-sharing service and bring that capability to other cities around the world.

In a blog post Monday morning, Uber said it reached an agreement with Jump Bikes, a provider of battery-powered bicycles, for an undisclosed sum. It would be the first acquisition for Uber since Dara Khosrowshahi took over as the company’s chief executive in August.

Uber did not say how much it paid for the bike start-up, but TechCrunch reported earlier that Jump was considering an acquisition from Uber for more than $100 million.

Even as Uber is backing away from some international markets, the Jump acquisition shows the company is still willing to invest in new ways to reach customers.

Mr. Khosrowshahi said in an interview that Jump was “a perfect fit” for Uber’s expanding portfolio beyond its core ride-hailing service. Uber’s food delivery service, UberEats, is growing fast and the company also aims to provide a variety of transportation options to consumers including bike sharing.

Uber said that the data from its ride network allows the company to understand the best locations to place the bicycles in different cities, so they can be used more frequently.

Since starting the pilot program a few months ago, Uber has found that the average distance of a ride on a Jump bike is about 2.6 miles — which is not much different than how far customers travel on average for an Uber car ride. Each bike is also being used six to seven times a day.

“The utilization of the bikes has been higher than expected,” Mr. Khosrowshahi said. “People are using these bikes for multiple trips a day.”

The bright red Jump bikes are part of a growing market for dockless bike-sharing services. Unlike the rows of Ford GoBikes available around the Bay Area or Citi Bikes in New York City, which have designated pickup and drop-off locations, dockless bikes like Jump are picked up wherever the last rider left them.

The idea is that the rider is supposed to leave the bike on the sidewalk without impeding pedestrians or attached to a public bike rack. However, some cities have complained that dockless bikes have become a nuisance, clogging sidewalks or left damaged in strange locations.

Ryan Rzepecki, Jump’s chief executive, started working on bike sharing almost a decade ago, initially with a company called Social Bicycles that sold bicycles to different cities. Progress was slow. However, in the last few years, as companies sought to do for other modes of transportation what Uber did for cars, on-demand bicycles have become a hot area of investment.

The company renamed itself Jump Bikes and focused on electric bicycles. It raised $10 million last fall and received permission from the city of San Francisco to start operating a bike-sharing service with 250 battery-powered bicycles.

Jump is also operating around 200 bikes in Washington D.C. and plans to double the number of bikes there in the next few months. It also expects to expand to 500 bikes in San Francisco in September.

As part of its pilot program with Uber, the Uber app presented users with a “bike” option in a drop-down menu. From there, the customer reserved a bicycle and was charged $2 for 30 minutes and then a per-minute fee after that.

Since Jump owns the bicycles, the acquisition introduces Uber to a new business model. Unlike the cars on its ride-hailing network, which belong to the drivers, Uber will have to own and maintain the Jump bicycles. Mr. Khosrowshahi said while it makes sense for Uber to own the bicycles in the early days, other companies may want to finance the bikes in the future when the market is more mature.