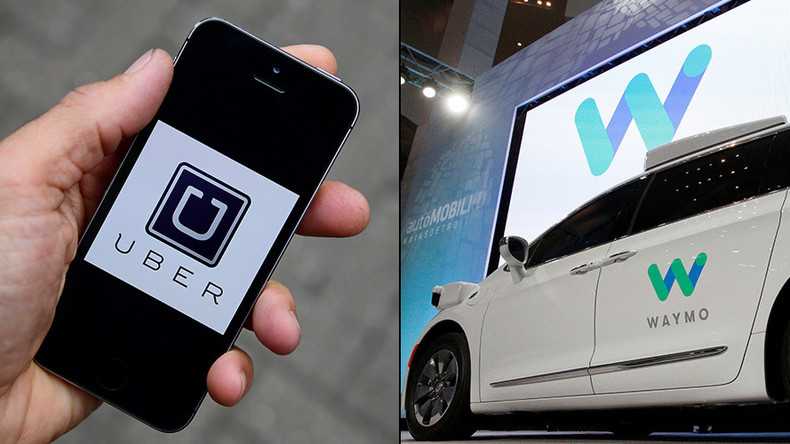 An Uber employee stands accused in a San Francisco federal court of swiping laser-scanning designs and technology from Waymo. The intellectual property battle is one of many in the industry.

That may not be a matter of coincidence, as Waymo spent tens of millions of dollars and seven years designing its Light Detection and Ranging (LiDAR) system that uses lasers to map objects in three dimensions and 360 degrees. Uber apparently did so in nine months, according to Bloomberg.

Waymo names its former manager, Anthony Levandowski, as the primary culprit behind the alleged theft. He left Waymo in 2016 to co-found Otto, which produces hardware and software for self-driving cars.

The complaint accuses Levandowski of downloading 9.7 GB consisting of over 14,000 files owned by Waymo, in order to start his own business. He purportedly wiped the Google-provided laptop clean and told other Waymo employees that he would “replicate” the designs for a competitor, according to a company blog post.

“Fair competition spurs new technical innovation, but what has happened here is not fair competition,” Waymo reportedly said in the complaint. “Instead, Otto and Uber have taken Waymo’s intellectual property so that they could avoid incurring the risk, time and expense of independently developing their own technology.”

In reaction, Uber spokeswoman Chelsea Kohler emailed the statement, “We take the allegations made against Otto and Uber employees seriously and we will review this matter carefully,”’ to several media outlets.

Uber had been attempting to develop their own self-driving car in-house since they teamed up with Carnegie Mellon University in 2015. However, the company was unable to develop a working LiDAR system for 18 months until they acquired Otto in August.

Earlier this month, Otto was named the “hot new startup” at the 10th annual Crunchies, a major award show in the tech world.

Waymo got hold of an image of Uber’s laser circuit board after a supplier emailed it to them, according to Forbes. The company also believes more of its former employees who have since joined Otto and Uber stole intellectual property from them.

The suit, Waymo LLC v. Uber Technologies Inc., 17-cv-00939 in the US District Court of the Northern District of California, asks for a jury trial and seeks unspecified damages and legal fees as well as an injunction on Otto and Uber from using the technology.