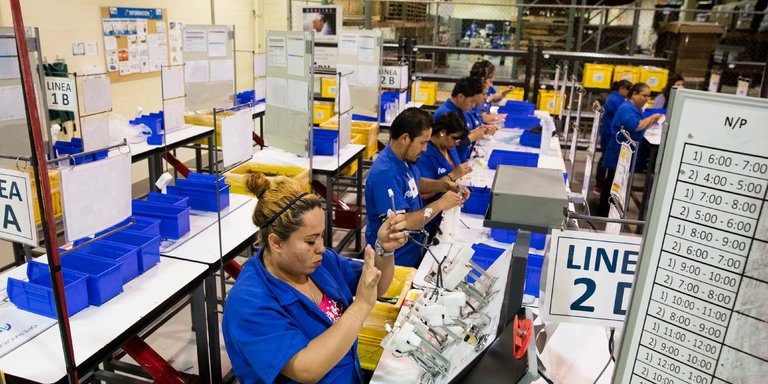 WASHINGTON — The Trump administration is pushing to reach a deal on the North American Free Trade Agreement by the beginning of May. But the timeline could be complicated by its refusal to budge from contentious proposals aimed at bringing manufacturing back to the United States.

The administration has not significantly softened its position on rules that automakers would need to meet to qualify for zero tariffs under Nafta, according to a summary of the American proposal reviewed by The New York Times. While the administration has removed a requirement about the percentage of a car that must be made in the United States, it has added other rules that North American automakers say could be costly and complicated to meet.

The proposal is throwing a wrinkle into recently revived talks with Canada and Mexico, which had begun to show signs of movement after months of stalled negotiations. But after high-level talks concluded last week, officials on both sides see the administration’s goal of announcing a deal in principle as early as this week as too ambitious.

Some in the administration had been pushing for an announcement to coincide with the president’s trip to Peru this weekend to attend the Summit of the Americas, where President Trump was expected to appear alongside leaders from Canada and Mexico.

On Tuesday, the White House announced that the president was canceling his trip to focus on the escalating conflict in Syria. Now, negotiators say they are pushing to conclude the agreement by May.

Trump administration officials are eager to conclude negotiations quickly, largely because they must secure a deal by May to meet all of the necessary deadlines to have their revised Nafta agreement approved by the current Republican-controlled Congress. Some trade advisers say the possibility of Democrats retaking the majority in the House in November’s midterm elections could put congressional approval of Mr. Trump’s Nafta deal at risk, given that many Democrats oppose Nafta.

Mexico is also facing a presidential election July 1 that could complicate talks by bringing a different political party into power. Trump administration trade advisers are also enmeshed in an escalating conflict with China that threatens to become a trade war.

On Monday, the president said the United States was “fairly close” on a Nafta deal, but he also reiterated his threat to withdraw from the pact if a new agreement is not reached.

The administration’s desire to quickly resolve Nafta could give Canada and Mexico more leverage. Trade experts say a Nafta deal seems more likely than it has in months, since the United States sees new urgency to conclude talks and is at least offering different proposals. But the United States does not appear to be ceding much ground. Larger concessions will need to be made to reach a deal, observers say — and those could come in the final moments.

Antonio Ortiz-Mena, a former Mexican diplomat in the United States, said he believed a deal would be possible in the coming weeks if negotiators were prepared to compromise. However, he said, “I think the biggest threat to Nafta is the United States overplaying its hand and not being flexible enough.”

The Nafta provision regarding automobiles has been among the most contentious, given Mr. Trump’s focus on the car industry and its importance to all three nations’ economies.

American negotiators have dropped an earlier demand that half of the value of an automobile be made solely in the United States to qualify for Nafta’s zero tariffs. Instead, they are asking for an unspecified percentage of each vehicle to be made by workers earning at least an average wage rate for the North American industry, to be recalculated each year. According to preliminary calculations, that wage could be approximately $16 to $17 an hour.

However, other parts of the proposal are unchanged, or add layers of rules. In keeping with its earlier proposal, the United States is asking for 85 percent of the value of a car to be made in North America to qualify for Nafta’s benefits, up from 62.5 percent under the current Nafta deal. But it has set up a complex tiered system for other auto parts, for example requiring 85 percent of engines and advanced batteries to be made in North America, as well as 70 percent of monitors, wiring sets and autonomous vehicles parts, and 50 percent of brake pads and spark plugs.

These auto rules may be subject to a periodic review, for example every five years. Car companies would have three years to work on redesigning their supply chains before the rules went into effect.

Mexico has countered with an offer to raise the overall requirement for North American content in Nafta cars to 70 percent, up from 62.5 percent currently, people close to the talks said. It has also agreed to accept a proposal by Canada to add in the value of research and development when calculating how much of a car is produced in North America. But Mexico continues to reject the other provisions in the American proposal on automobiles, and insists that the industry be given seven years to transition to the new rules, rather than three.

Auto parts makers, which would likely see their sales rise as a result of the new rules, seemed more amenable to the proposal. But some auto manufacturer representatives said the new proposals were as “equally unworkable” as the original ones. They said the tiered system was excessively complicated and could drive up administrative costs as companies try to comply with the rules.

Many valuable car components — electronic systems, for example — are largely made in Asia, and rebuilding a manufacturing base for these parts in North America in just three years would be no simple matter.

Since the United States levies only a 2.5 percent tariff on cars imported into the country, tougher Nafta rules might just push companies to automate their production facilities or make cars elsewhere, critics say. At a certain point, companies may find it cheaper to manufacture cars in China or Southeast Asia, and import them into the United States instead.

The United States also appears to be largely standing firm on other contentious issues, including rules for government purchases, methods of settling trade disputes and a provision under which Nafta would automatically expire every five years, unless the countries voted to reapprove it.

The Trump administration has said those changes are necessary to revive American manufacturing and undo incentives that encourage companies to move their factories to low-cost countries like China and Mexico. Company representatives counter that the use of global supply chains has now become the norm in many industries, and without the ability to source products from around the world, American companies would simply not be able to compete.

A version of this article appears in print on April 12, 2018, on Page B1 of the New York edition with the headline: U.S. Seeks Quick Nafta Deal But Resists Ceding Ground. Order Reprints| Today's Paper|Subscribe