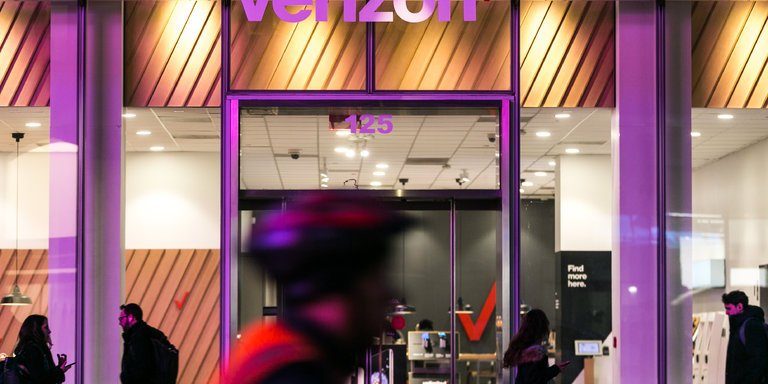 WASHINGTON — The Justice Department has opened an antitrust investigation into potential coordination by AT&T, Verizon and a telecommunications standards organization to hinder consumers from easily switching wireless carriers, according to six people with knowledge of the inquiry.

In February, the Justice Department issued demands to AT&T, Verizon and the G.S.M.A., a mobile industry standards-setting group, for information on potential collusion to thwart a technology known as eSIM, said two of the people, who spoke on the condition of anonymity because the details are confidential.

The eSIM technology lets people remotely switch wireless providers without having to insert a new SIM card into a device. AT&T and Verizon face accusations that they colluded with the G.S.M.A. to try to establish standards that would allow them to lock a device to their network even if it had eSIM technology.

The investigation was opened about five months ago after at least one device maker and one wireless carrier filed formal complaints with the Justice Department, two of the people said.

Representatives for the Justice Department, AT&T, Verizon and the G.S.M.A. declined to comment.

At the heart of the investigation is whether the nation’s biggest wireless carriers, working with the G.S.M.A., secretly tried to influence mobile technology to unfairly maintain their dominance, in a way that hurt competition and consumers and hindered innovation in the wider mobile industry.

AT&T and Verizon together control about 70 percent of all wireless subscriptions in the United States. A technology that made it easy to switch carriers could lead to more churn and fewer subscribers for them.

The investigation highlights a push by the Justice Department’s antitrust chief, Makan Delrahim, to crack down on the opaque world of intellectual property, or I.P., standards. He has said the Justice Department will scrutinize potential coordination in standards-setting organizations that can hurt competition.

“In the context of antitrust and I.P., we will be inclined to investigate and enforce when we see evidence of collusive conduct undertaken for the purpose of fixing prices, or excluding particular competitors or products,” Mr. Delrahim said in a speech this month at a conference in Washington. He previously warned of the potential for “cartel-like behavior” by competitors that got together with standards-setting organizations.

At the same time, the Justice Department is suing AT&T to block its $85.4 billion merger with Time Warner. Mr. Delrahim has said the deal will hurt competition and lead to higher prices for cable customers. AT&T and Time Warner have strongly disputed the claims in a federal trial that is expected to end this month.

Currently, most mobile phones use SIM cards, which contain unique identifying information about a user and are inserted into the devices so the phones can function. People typically have to buy a new SIM card when changing carriers.

The eSIM technology, which was introduced in early 2016, is embedded in mobile phones and other devices so that people do not need SIM cards anymore.

The eSIM technology is supported by gadget makers including Apple, Google and Microsoft, as well as several wireless carriers globally and in the United States. The Apple Watch 3, Google Pixel 2 smartphone and Microsoft Surface all have eSIM abilities, for example. The technology would make it easier for people to use local carriers when traveling internationally and would free up storage space in devices to use for other technologies like bigger processors and batteries.

The push by the major carriers to restrict the flexibility of eSIM run counter to a movement in which consumers were gaining more flexibility to move from carrier to carrier. In late 2013, under pressure by the Federal Communications Commission, the wireless industry agreed to let people take devices off any particular network without penalty once the devices were fully paid for.

After the formal complaints against AT&T and Verizon were filed, several device makers and other wireless companies voiced similar concerns to the agency about the carriers’ actions around eSIM, four people familiar with the investigation said. The investigation may also include other major American carriers, another person said.

“The actions would limit choice for consumers and harm competition,” said Ferras Vinh, a policy expert at the Center for Democracy and Technology.

In a private meeting of a task force called G.S.M.A. North America this year, AT&T and Verizon pushed for the ability to lock phones to their networks, bypassing the purpose of eSIM technology, said Harold Feld, a senior vice president of Public Knowledge, a nonprofit consumer group, who was briefed on the meeting. Verizon has said it needed to be able to lock down phones to prevent theft and fraud.

“There is a constant problem with industry standards-setting organizations that on the one hand allow the industry to come together for the purpose of efficiency but can be very anticompetitive and operate in secrecy,” Mr. Feld said.