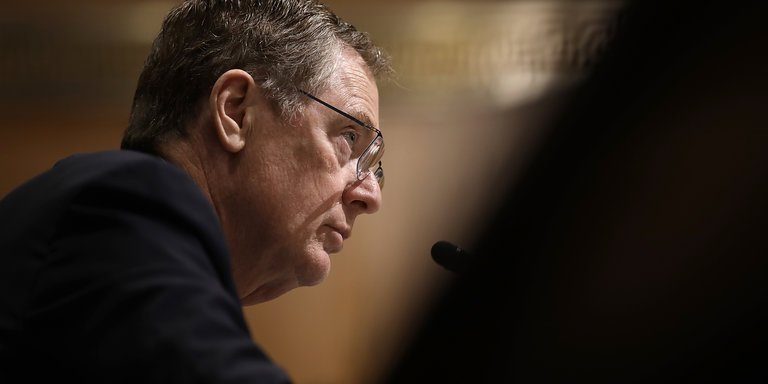 WASHINGTON — The Trump administration began imposing stiff tariffs on imported steel and aluminum early on Friday morning. But it granted a brief exemption to some allies, and in a twist, said it might impose import quotas to prevent too much foreign metal from flooding into the United States.

The White House detailed the decision in a pair of presidential proclamations late Thursday night. They gave allies that won exemptions a May 1 deadline to negotiate “satisfactory alternative means” to address what the administration calls the threat to United States national security resulting from its current levels of steel and aluminum imports. The exempted group includes Canada, Mexico, the European Union, Australia, Argentina, Brazil and South Korea.

President Trump also said in the proclamation that he would “consider” directing Customs and Border Protection to put in place a quota on imports from the exempted countries before the May 1 deadline, “if necessary and appropriate.” Mr. Trump wrote that he would “take into account all steel articles imports since Jan. 1, 2018, in setting the amount of such quota.”

The announcement also left the door open for other allies that did not win exemptions, most notably Japan, to negotiate with the administration over tariffs. “Any country not listed in this proclamation with which we have a security relationship remains welcome to discuss with the United States alternative ways to address the threatened impairment of the national security caused by imports of steel articles from that country,” Mr. Trump wrote.

Peter Navarro, a top trade adviser to Mr. Trump, said Thursday in a television appearance that the White House would impose quotas.

“Every country that is not facing tariffs that we’re going to negotiate with will face quotas so that we protect our aluminum and steel industries,” Mr. Navarro said on CNN. “For all countries, there has to be a quota. If you don’t put a quota on, then any country that can do whatever they want will become a transshipment point for every other country.”

The proclamation issued late Thursday declares that Mr. Trump will consult with the director of the National Economic Council, along with United States trade representative Robert Lighthizer and others, in determining any possible quotas.

It also said Mr. Trump would decide by May 1 whether to continue to exempt those countries, based on the status of negotiations, and it held open the possibility that he could modify the tariffs affecting other countries at any time.

Japan has been a source of ire for Mr. Trump, who has criticized its trade practices going back to the 1980s. The two nations made only modest progress in their economic dialogue last year, with the United States pushing for a new bilateral trade agreement that would ease restrictions on American exports of beef and cars to Japan.

The tariff exemptions could help prevent retaliatory trade barriers that other trading partners had threatened, including the European Union, which said it would target American exports like Florida orange juice, peanut butter and motorcycles.

It would also provide some relief to American companies that use foreign metals in the products they use and make, like oil and gas pipelines, beer cans and food packaging.

But the move caught those who support the tariffs, including the American steel industry, by surprise.

“Everyone is kind of freaking out,” said Philip K. Bell, president of the Steel Manufacturers Association. He said he was waiting to see the final details of the policy but would have wanted the exclusions to be much more narrow. “This represents a lot of tons of imports that find their way to our shores, and this could have the effect of watering down” Mr. Trump’s trade action.

Imposing quotas would offer some help, Mr. Bell said, because without the limits, American companies would face incentives to start buying their steel from excluded countries and domestic mills would be right back where they were pre-tariffs. The exempted countries account for more than half of the $29 billion in steel sold to the United States in 2017.

Quotas are viewed as less aggressive than tariffs because foreign exporters tend to benefit from the constraints, in the form of higher prices, while in the case of tariffs, the United States government picks up the higher duties.

“It may be more palatable for countries to accept quotas in the form of voluntary export restraints than accept an increase in tariffs,” said Monica de Bolle, a senior fellow at the Peterson Institute for International Economics. “Tariffs are seen as very unfriendly by other countries because it’s a unilateral action rather than a negotiated action.”

“The idea that the president has is that, based on a certain set of criteria, some countries should be out,” Mr. Lighthizer said. “What he has decided to do is pause the implementation of the tariffs in respect to those countries.”

The White House imposed the tariffs by citing a section of trade law that gives the president authority to limit imports to protect national security. The Commerce Department said the metals were a national security risk because they were degrading the American industrial base.

The administration then floated the potential for exemptions, intimating that nations could be excluded if they found other ways to resolve the national security concerns and to reduce their trade deficit with the United States.

The United States runs a trade deficit with many nations, including China and Japan, importing more goods from those countries than it exports. Last year, Japan sent about $1.7 billion in steel mill products to the United States, according to IHS Markit Global Trade Atlas. Without an exclusion, it will be the only one of the top six foreign suppliers of steel to the United States to face steep tariffs.

Japanese steel makers argue that they hardly compete with American steel mills, because they make niche, specialized products that are not replicated here, rather than undercutting prices by flooding the market with a cheap commodity.

Tadaaki Yamaguchi, chairman of the Japan Steel Information Center, a New York-based trade group, said failing to give Japan the same exemption that was extended to South Korea and Brazil was “an outrage and a travesty.”

If the exempted countries are not subject to any export limits, the administration may need to raise tariffs on all the others if it wants to keep its promise to protect American producers on price. That would hit Japan harder than anyone.

The leaders of several countries with close ties, including military alliances, with the United States had warned that the restrictions could touch off a trade war and undercut a global economic recovery. They also argued that the tariffs would be mutually destructive and ignore the complexity of modern supply networks.

For example, the German carmaker BMW operates its largest factory in Spartanburg, S.C., buying about two-thirds of the steel it needs in the United States and importing the rest. BMW is also the largest exporter of cars made in the United States, with China being one of the main buyers, said Harald Krüger, the company’s chief executive. “None of this would be possible without free trade,” Mr. Krüger said in Munich on Wednesday.

An earlier version of a picture caption with this article misidentified one of the senators speaking with Robert Lighthizer, the United States trade representative, on Thursday. It is Senator Debbie Stabenow, not Senator Lisa Murkowski.

An earlier version of this story misidentified one of the administration officials whom President Trump will consult on possible import quotas. The official is the director of the National Economic Council, and not Peter Navarro, a trade policy adviser to Mr. Trump.

A version of this article appears in print on March 23, 2018, on Page A10 of the New York edition with the headline: Shifting Strategy on Tariffs. Order Reprints| Today's Paper|Subscribe