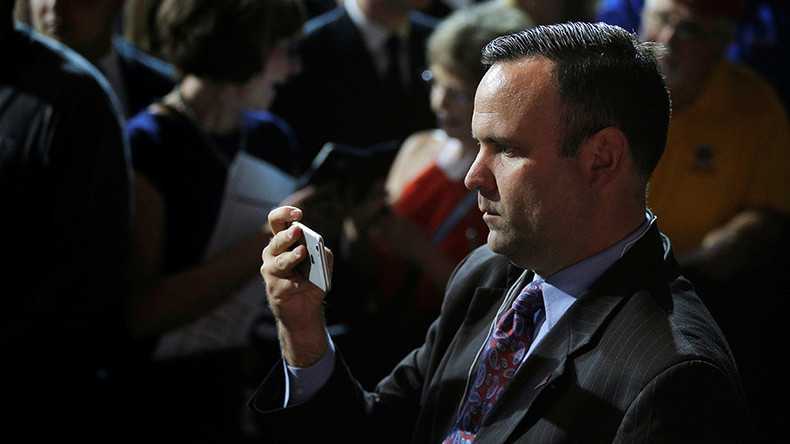 Scavino, who oversees President Donald Trump’s official social media accounts, violated a provision in the Hatch Act of 1939 when he posted a tweet calling on Trump supporters to defeat Representative Justin Amash (R-Michigan) in a primary election, the Office of Special Counsel (OSC) has concluded.

On April 1, Scavino tweeted from his personal account that Amash was “a big liability” and encouraged the #TrumpTrain to “defeat him in primary.”

.@realDonaldTrump is bringing auto plants & jobs back to Michigan. @justinamash is a big liability.#TrumpTrain, defeat him in primary.

Days later, the Citizens for Responsibility and Ethics in Washington (CREW) sent a letter to the OSC, requesting an investigation.

On Friday, CREW published a letter from Ana Galindo-Marrone, chief of the OSC’s Hatch Act Unit, who “concluded that this activity violated the Hatch Act.”

“Accordingly, we issued Mr. Scavino a warning letter,” Galindo-Marrone stated in the June 5 letter. “In addition, we note that Mr. Scavino was recently counseled about the Hatch Act by the Office of the White House Counsel.”

“The rules are clear that government officials aren’t allowed to use their position for campaign activity,” CREW Executive Director Noah Bookbinder said in a press release. “OSC has made clear with this ruling that they are going to enforce these important rules and work to keep the government free from inappropriate politics.”

Trump lashed out at the Freedom Caucus on March 30, when he tweeted they will “hurt the entire Republican agenda if they don’t get on the team, & fast.”

The Freedom Caucus will hurt the entire Republican agenda if they don’t get on the team, & fast. We must fight them, & Dems, in 2018!

“Bring it on. I’ll always stand up for liberty, the Constitution & Americans of every background,” Amash tweeted, including a link to donate to his campaign.

Bring it on. I’ll always stand up for liberty, the Constitution & Americans of every background. You can help here: https://t.co/ECxQGXE5XH.

Bookbinder said Amash’s tweet was also a violation of the Hatch Act.

“In the case of Scavino and Amash, it appears that they both are in the wrong,” Bookbinder said, according to an April press release.

Government employees who violate the Hatch Act are subject to a wide range of penalties, according to the Office of Government Ethics, including “removal, reduction in grade, debarment from Federal employment for a period not to exceed 5 years, suspension, reprimand, or an assessment of a civil penalty not to exceed $1,000.”