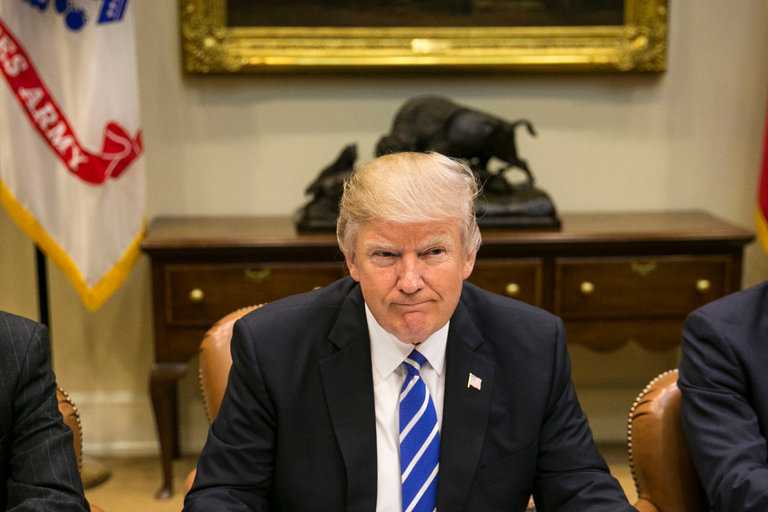 The order, which comes about a month after federal judges blocked Mr. Trump’s haphazardly implemented January ban on residents from seven Middle Eastern and African countries, won’t affect people who have previously been issued visas.

It will be phased in over the next two weeks to avoid the chaotic, same-day implementation of the Jan. 27 order, according to Department of Homeland Security officials.

The indefinite ban on refugees from Syria also has been reduced to a 120-day ban, requiring review and renewal, the officials said.

The order, which comes about a month after federal judges blocked Mr. Trump’s haphazardly implemented January ban on residents from seven Middle Eastern and African countries, won’t affect people who have previously been issued visas.

It will be phased in over the next two weeks to avoid the chaotic, same-day implementation of the Jan. 27 order, according to Department of Homeland Security officials.

The indefinite ban on refugees from Syria also has been reduced to a 120-day ban, requiring review and renewal, the officials said.

Mr. Trump signed the first ban with great fanfare, in front of reporters, at the Pentagon. “We don’t want them here,” Mr. Trump said of Islamist terrorists. “We want to ensure that we are not admitting into our country the very threats our soldiers are fighting overseas. We only want to admit those into our country who will support our country, and love deeply our people.”

This time, he signed the order in private. Administration officials offered no explanation for his decision to opt for a lower-key rollout.

Citizens of Iran, Somalia, Sudan, Yemen, Syria and Libya will face a 90-day suspension of visa processing as the administration continues to analyze how to enhance vetting procedures, according to a Homeland Security summary of the order.

The removal of Iraq from the list came after talks with security officials in Baghdad, at the urging of State and Defense department officials, who felt the ban would undermine the stability of the United States-allied government.

“On the basis of negotiations that have taken place between the Government of Iraq and the U.S. Department of State in the last month, Iraq will increase cooperation with the U.S. Government on the vetting of its citizens applying for a visa to travel to the United States,” Homeland Security officials wrote in fact sheet given to reporters.

The Iraqis agreed to improve the quality of travel documentation and to bolster their sharing of information about potentially dangerous nationals, officials said.

The new order was delayed for about a week as the White House sought to better coordinate its activities with federal agencies and to maximize its public relations impact, according to three administration officials.

In a conference call with reporters Monday morning, officials with Homeland Security, the Department of State and Department of Justice defended Mr. Trump’s original order and said the rewrite was intended to address legal concerns quickly to deal with what they repeatedly characterized as an urgent national security threat.

In a break with standard practice, participants of the call didn’t give their names to reporters even though journalists had agreed to identify them only as unnamed officials as a condition of joining the briefing.

The timing of the ban is intended to reset the White House political narrative, after a tumultuous week that began with a well-received address to a joint session of Congress — which was quickly overshadowed by the controversies over Attorney General Jeff Sessions’ failure to inform the Senate of his contacts with a Russian diplomat and Mr. Trump’s unsupported accusation that President Barack Obama tried to wiretap his phones during the 2016 campaign.

Mr. Trump’s pledges to crack down on illegal immigration and prevent terrorist attacks on United States soil were cornerstones of his appeal to white working-class voters.

“The vast majority of individuals convicted of terrorism and terrorism-related offenses since 9/11 came here from outside of our country,” the president said last Tuesday, during an address to a joint session of Congress in which he reiterated his promise to build a wall on the border with Mexico and “win” wars against ISIS and “radical Islamic terrorism” — a phrase President Obama avoided in his public utterances.

“We cannot allow a beachhead of terrorism to form inside America,” he added. “And we cannot allow our nation to become a sanctuary for extremists.”

Critics argue that Mr. Trump’s vow to impose “extreme vetting” on migrants, especially those from war-torn Syria, disregards a stringent screening protocol already in place, and the fact that none of the recent terrorist attacks or mass shootings on American soil in recent years was perpetrated by attackers from the nations listed in the ban.

Last week, The Associated Press obtained a draft Department of Homeland Security assessment concluding that citizenship was an “unlikely indicator” of a threat.

Homeland Security officials, speaking to reporters on Monday, pushed back against that news report, arguing that it was culled from public sources and excluded classified information that paints a more dangerous picture.

An official, speaking on the call, said that the Justice Department had identified 300 “refugees” who were being investigated for their links to radical Islamic terrorist groups or pro-ISIS positions. Some of those people already have permanent resident status, according to the official.

But Homeland Security and Justice Department officials refused to provide any further details, and wouldn’t say how many of the 300 investigation targets came from any of the countries covered by the revised travel ban.