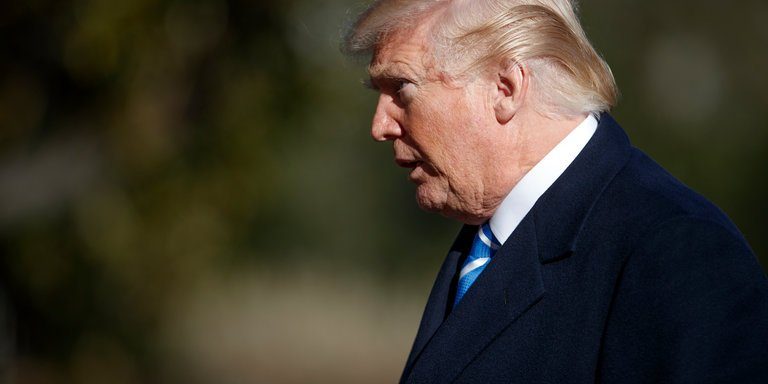 President Trump — buffeted by rumbling trade tensions with China, delicate negotiations with North Korea and fallout from the Russia investigation — took a few minutes this week to reach for the media equivalent of Linus’s blanket: New York City talk radio.

“When you asked me to do the show, I said, I’m thinking, ‘I’m gonna take a couple minutes, I’m gonna do that show — in between North Korea and Iran and all of the other things going on,’” Mr. Trump told the hosts of “Bernie & Sid in the Morning” on WABC-AM, a drive-time program that is not exactly a must-listen beyond certain toll roads in the New York metropolitan area.

“And I gotta tell you, that’s the kind of guy you are, sir,” replied Bernard McGuirk, the co-host and a longtime Trump friend. “That’s why we love you.” (The interview, which aired Friday morning, was taped on Thursday.)

The president, a Queens native, grew up immersed in the jabbering, elbows-out culture of talk radio, province of swaggerers like the sports host Mike Francesa. Mr. Trump, who regularly appeared on Howard Stern’s program before his election, absorbed the practice of political leaders addressing constituents over the air: New York mayors have long held court by radio, including a memorable exchange in which Rudolph W. Giuliani dressed down the owner of a ferret.

Presidents often turn to unconventional news outlets when it comes to reassuring their base: Barack Obama’s late-tenure appearances on “Between Two Ferns,” the Zach Galifianakis web series, and the comedian Marc Maron’s “WTF” podcast were lauded by liberal fans, even as traditionalists grumbled.

Mr. Trump has proved Scrooge-like when it comes to doling out formal interviews (the major broadcast networks and CNN have not sat down with him in nearly a year), and his last White House news conference was in February — of 2017.

His patience for rigorous interviews is thin, and he prefers cozier interlocutors like Jeanine Pirro of Fox News or Mr. McGuirk of WABC, a former Don Imus executive producer and on-air sidekick who, on Friday, praised Mr. Trump’s speeches as “beautiful, wonderful, fantastic, funny, relaxed.”

Mr. Trump did manage to make some news during the segment: He let slip that he was “pretty unlikely” to attend this year’s White House Correspondents’ Association Dinner, the clubby black-tie gathering that presidents had attended for decades.

Mr. Trump’s absence from last year’s dinner was the first presidential no-show since Ronald Reagan, ailing from a gunshot wound, skipped it in 1981. (The Gipper called in from his hospital bed.) There was buzz around a Trump appearance at this year’s event after he delivered a monologue at the Gridiron Club gala in March, but that event was not televised. The correspondents’ dinner is carried live by some cable networks, and the optics of Mr. Trump hobnobbing with the journalists he routinely derides may be off-brand.

“The White House has informed us that the president does not plan to participate in this year’s dinner but that he will actively encourage members of the executive branch to attend,” Margaret Talev, president of the White House Correspondents’ Association, said in a statement on Friday.

On WABC, Mr. Trump showed no sign of détente with the press. In fact, he laced into the White House press corps, calling them “so bad, it’s so fake, it’s so made-up.”

“They’re like novelists,” the president said, who offered no evidence for his claim. “I call them novelists. They make up the sources.” He deemed last year’s correspondents’ dinner a “massive failure,” prompting Mr. McGuirk to chime in, “Yes, yes! Definitely!”

When asked for comment on Friday, the White House noted that Mr. Trump had pretaped his radio appearance, rather than calling in live. (A producer at WABC said that Mr. Trump had recorded the interview on Thursday morning.) The president said on the air that he was fond of Mr. McGuirk, who, with his co-host, Sid Rosenberg, started the show last week.

Mr. Trump’s nine-minute appearance on WABC was not exactly an outlier when it comes to high-ranking administration officials making time for local New York programming.

So will the president be appearing on the “Roundtable” soon?

“I have not asked yet,” Mr. Catsimatidis wrote in an email, although he added, “He did do pre-election.”