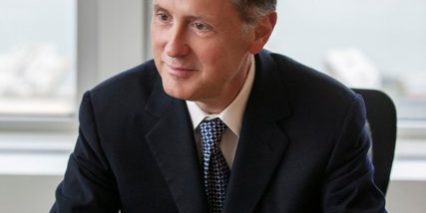 WASHINGTON — President Trump will nominate Richard Clarida, a Columbia University economist and former Treasury official in the George W. Bush administration, for the second-ranking job at the Federal Reserve, the White House said on Monday.

Mr. Clarida is a monetary policy scholar whose expertise would complement the background of the Fed chairman, Jerome H. Powell, who is not an academically trained economist. His nomination was widely expected. If confirmed by the Senate, he would join Mr. Powell and John C. Williams, the incoming president of the Federal Reserve Bank of New York, in the leadership troika for America’s central bank.

The White House also said on Monday that Mr. Trump would nominate Michelle Bowman, the Kansas bank commissioner, for a seat on the Fed board that represents community banks. Ms. Bowman is a former vice president at Farmers & Drovers Bank in Council Grove, Kan.

Mr. Clarida served as assistant Treasury secretary for economic policy from 2002 to 2003. For more than a decade, he has been a global strategic adviser for the investment giant Pimco. His academic work includes research papers on exchange rates, inflation and optimal monetary policy.

His nomination won quick applause from Fed watchers and some economists, who cast him as a serious thinker who is unlikely to pull the central bank radically away from its gradual approach to raising interest rates as the economy continues to heal from the financial crisis.

“Rich Clarida is an outstanding monetary economist whose knowledge of monetary policy and international finance will add greatly to the Fed in this most interesting time,” said R. Glenn Hubbard, the dean of Columbia’s business school and a former chairman of Mr. Bush’s Council of Economic Advisers. “In addition, Rich’s knowledge of and experience in financial markets will make him a valuable colleague for Chairman Powell.”

Tim Duy, a University of Oregon economist who writes the Fed Watch blog, said Mr. Clarida was “a solid pick — a respected academic economist plus market experience via Pimco plus government experience.”

Ms. Bowman is also a veteran of the George W. Bush administration, where she worked for the Federal Emergency Management Agency and the Department of Homeland Security. Before returning to her native Kansas in 2010, she led a government and public affairs consulting company in London.