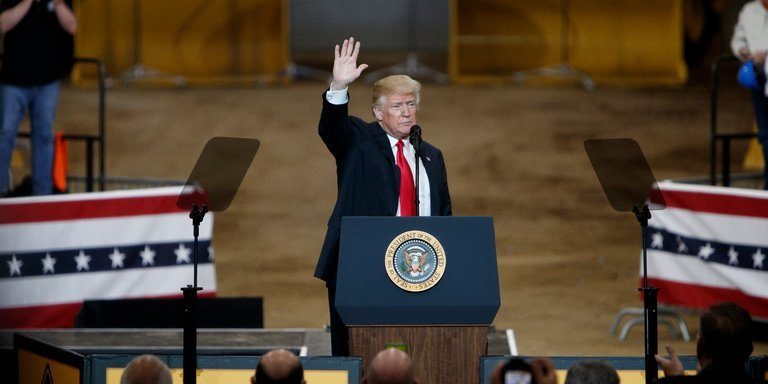 SEOUL, South Korea — South Korea settled disputes with the Trump administration over steel tariffs and the revision of a free-trade agreement this week. With those stumbling blocks cleared, it hoped the two governments could focus on the more pressing crisis of North Korea’s nuclear weapons.

As it turned out, South Korea was celebrating too early.

On Thursday, President Trump said he might postpone finalizing the trade agreement with South Korea, which he had earlier described as “a wonderful deal with a wonderful ally,” until he secured a deal in denuclearizing North Korea.

By tying a trade deal with South Korea to progress in denuclearizing North Korea, Mr. Trump is showing how little direct leverage Washington has over the isolated, nuclear-armed North just as South Korea and the United States prepare for talks with Kim Jong-un, the North’s leader.

Instead, analysts say, Mr. Trump has been left to exert leverage on South Korea, which is taking the lead in orchestrating the talks, and the South’s president, Moon Jae-in.

“Things are not going as Trump has wished for, so he is twisting South Korea’s arms so that Moon will work for the kind of results Washington wanted when he meets with Kim Jong-un,” said Koh Yu-hwan, a professor of North Korean studies at Dongguk University in Seoul, the South Korean capital. “Like the businessman he is, Trump is telling Moon, ‘I will pay you — when you produce the results.’ ”

Mr. Trump’s maneuvers against South Korea have hardened his image as a leader who is ready to threaten or sideline allies in order to push his agenda.

Previous United States administrations used the military alliance that South Korea depends on for its security as leverage in securing American interests in trade and other negotiations, but they did so in low-key negotiations, South Korean officials said. Mr. Trump has made much of that process public.

“Trump does not separate security from trade; they are all part of his pack of cards, while Moon tended to see them as separate issues,” said Shim Sang-ryul, a professor of international trade at Kwangwoon University in Seoul.

But Mr. Trump’s decision to link the trade deal with South Korea to a breakthrough in denuclearizing North Korea shows a growing unease in Washington, analysts said. Washington fears that Seoul might drift from their alliance and move closer to Beijing, while Mr. Trump feels his approach to North Korea is being undermined in the wake of a flurry of diplomatic initiatives by Mr. Kim in recent weeks, especially his meeting this week with China’s president, Xi Jinping, analysts said. (On Thursday, North Korea released an English-language version of a documentary of the trip.)

When Mr. Kim began seeking talks this year after ratcheting up regional tensions with a string of nuclear weapons and intercontinental ballistic missile tests, United States officials argued that he had done so because of pressure from Mr. Trump, including the threat of sanctions.

But analysts say that Mr. Kim had already been planning to seek talks at the end of a hurried effort to complete what he called “a state nuclear force” last year. Analysts say his goal was to enter negotiations with Washington with a much stronger hand than his father and predecessor, Kim Jong-il, had in the 1990s and 2000s.

Adding to that, Mr. Kim’s decision to travel to Beijing to meet with Mr. Xi before his planned summit meetings with the South Korean and American presidents was a brilliant maneuver, analysts said.

By choosing Beijing for his first trip abroad as leader, Mr. Kim recommitted North Korea to the traditional — yet much frayed — Communist alliance with China. At the same time, Mr. Kim’s visit helped China reassert its role in diplomacy around denuclearizing North Korea, a process that has been dominated by South Korea and the United States in recent months. If China’s role on the Korean Peninsula grows bigger, it strengthens North Korea’s leverage in talks and helps China as well if a trade war with the United States comes to pass, said Professor Shim.

China’s state news media reported that Mr. Kim had called for “phased, synchronized” moves toward denuclearizing his country — the same approach the North insisted on in past negotiations with Washington. In those talks, the North said it would take only incremental steps toward giving up its nuclear program, beginning with a freeze, and demanded that the United States offer simultaneous incentives. Those past discussions all eventually collapsed as Washington and Pyongyang accused each other of reneging on agreements.

Mr. Kim’s call for a phased approach raised the possibility of drawn out and uncertain negotiations, dimming the hopes for the so-called Libyan model of rapid dismantlement, which Mr. Trump and his new pick for national security adviser, John R. Bolton, prefer.

A key problem for Mr. Trump is that South Korea sides with China in arguing that the Libyan model is unrealistic, championing an “action-for-action” phased approach for denuclearization. When Mr. Xi’s envoy, Yang Jiechi, visited Seoul this week, South Korea and China agreed to cooperate for a peaceful resolution of the North Korean crisis. On Friday, a senior aide for Mr. Moon told reporters that the North’s nuclear weapons program, which has been developing over the past 25 years, could not be dismantled “like you turn off your TV by pulling out the electricity cord.”

Lee Jong-seok, a former South Korean unification minister, said, “The key will be how to persuade North Korea to take a couple or few early concrete steps early — for instance, measures concerning its nuclear test site or its ICBM production facilities — that would help convince the Americans that it is sincere about denuclearization.”