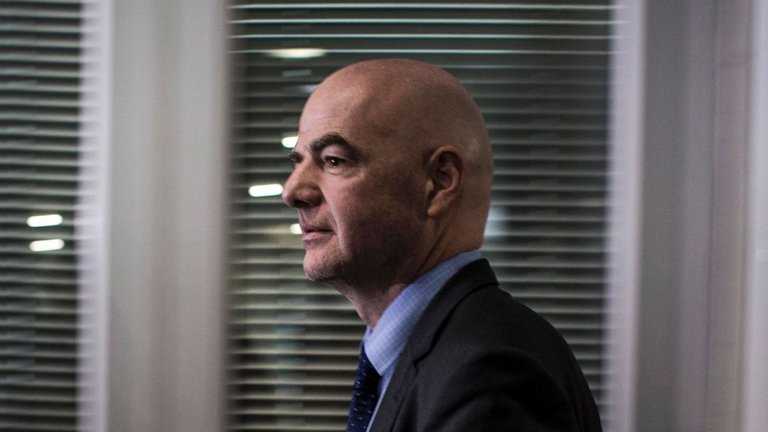 The United States are favourites to win the right to host the 2026 World Cup, either on its own or in a cross-border bid with either Mexico and Canada, or both countries.

But President Trump on Monday signed a new executive order banning immigration from six Muslim-majority countries, which could have implications for the nation’s ability to host football’s biggest tournament, as well as the 2024 Olympic and Paralympic Games which Los Angeles is bidding to stage.

“When it comes to FIFA competitions, any team, including the supporters and officials of that team, who qualify for a World Cup need to have access to the country, otherwise there is no World Cup. That is obvious,” said Infantino.

Of the countries affected by the executive order, Iran has the highest-ranked team in the FIFA rankings at 33rd and they have qualified for four World Cups. Syria, Libya, Somalia, Sudan and Yemen are the other countries on the list.

FIFA is finalising the requirements for bidding for the 2026 tournament, which in 2018 will be hosted in Russia and in 2022 in Qatar.

“Mr Trump is the president of the United States of America and as such of course [I have] huge respect for what he does,” Infantino added.

“He’s in charge, together with his government, to take decisions that are best for his country. That’s why he has been elected.

“In the world there are many countries who have bans, travel bans, visa requirements and so on and so forth. We are now in the process of defining the bid requirements.

“The requirements will be clear. And then each country can make up their decision, whether they want to bid or not based on the requirements.