Trio battle for world No 1 slot 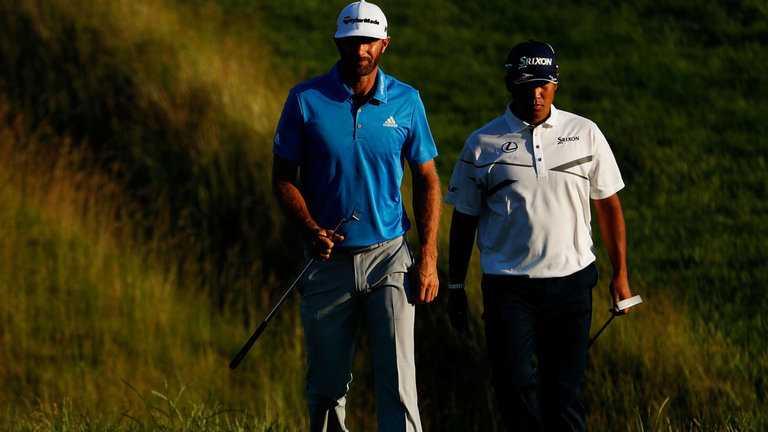 Dustin Johnson and Hideki Matsuyama have the opportunity to move top of the world rankings for the first time in their careers at this week’s Genesis Open.

To end Jason Day’s 11-month stint as world No 1, Johnson needs to win in Los Angeles and for the Australian to finish lower than a three-way tie for third.

For world No 5 Matsuyama to move top of the standings, he would require a second win of 2017 and for Day to end outside of a two-way tie for 24th.

Matsuyama would become the fourth youngest No 1 in history should he claim top spot, with the 24-year-old heading to Riviera Country Club with five victories and two runner-up finishes from his past nine starts.

World No 2 Rory McIlroy and No 4 Henrik Stenson are the only two players in the world’s top 10 not featuring this week, while Day is more focused on his game than maintaining his current ranking.

“To get there even for one week is pretty special,” Day told a pre-tournament press conference. “No one can take that away from you, which is great.

“I said earlier that to be No 1 for a calendar year would be great, but I need to just focus on what I need to do because you can’t really focus on staying No 1.

“The more you focus on the actual target itself, the more you attach yourself to it, you make mental errors out there, you get more frustrated, you do silly things on the golf course that you shouldn’t be doing.

“I just need to focus on hitting the shot in front of me, going to the next shot and hitting that and trying to beat everyone else because I know that as long as I win, it will take care of it.

“If someone takes it off me, I’m okay with it. I’m not going to be angry or sad about it. Just goes to show that I need to work harder, need to be smarter and try and win more tournaments.”