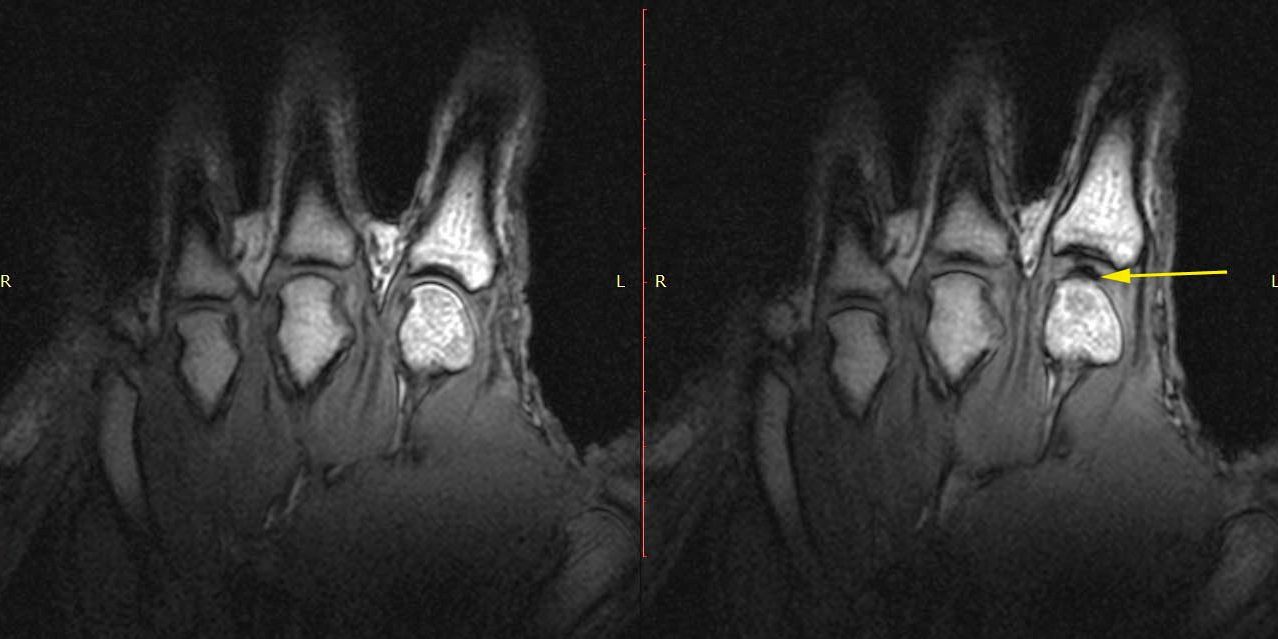 Why Do Cracking Knuckles Make That Sound? You Might Need a Calculator

In some households, cracking your knuckles is a declaration of war. Whether you’re in the camp that can’t stand the sound or the one that can’t see what the fuss is about, you might be surprised to learn that where exactly the sound is coming from — what precisely in the knuckle produces it — is still a subject of scientific research.

For more than 50 years people have been publishing scholarly papers about what is going on in your finger as you pull it. Lately an older theory, that the sound arises from the popping of a bubble in the joint, has been challenged by one that holds that the formation of the bubble itself is responsible. On Thursday in the journal Scientific Reports, the saga continued: A pair of researchers at the Ecole Polytechnique in France reveal a mathematical model of a cracking knuckle and suggest that the old theory could accurately explain the sound.

The first thing to understand about the knuckle is that it is full of fluid. Where the two bones of the finger meet, a little lake of synovial fluid keeps them from grinding on each other. There is gas dissolved in the synovial fluid, mostly carbon dioxide, and it usually stays there. However, when the bones are pulled away from each other, there’s a sudden drop in pressure in the middle of the joint. Lower pressure allows the gases to come together, forming bubbles. Earlier work had suggested the collapse of such structures was behind the noise.

In 2015, however, Greg Kawchuk of University of Alberta and collaborators used an MRI scanner to record what was happening in the finger of a volunteer who was a frequent knuckle-cracker. In the images, you can see the sudden appearance of a bulge in the knuckle as it is cracked.

This is the result, Dr. Kawchuk and colleagues wrote, of the formation a bubble, which persisted for some time afterward, and whose creation might be responsible for the cracking noise. They posited that the bubble generated a pressure wave in the fluid, producing a sound. However, it was not clear how that wave could be powerful enough to make the distinctive crack.

Abdul Barakat, a professor of biomechanics at the Ecole Polytechnique in France, and Vineeth Suja, then a master’s student, came across the 2015 paper as they grew interested in knuckle-cracking themselves. To see whether even the old theory could produce a sound of that magnitude, they created a simplified mathematical model of a joint with a bubble in it and ran simulations, comparing the theoretical sounds of the bubble collapsing in the model with recordings of Mr. Suja, who is now a doctoral student at Stanford University, and others cracking their knuckles.

They found that the sounds predicted by the model would have the volume and frequency to match the recordings fairly well — even if the bubble only shrank suddenly, rather than disappearing. “You don’t need full bubble collapse for the sound to be generated,” said Dr. Barakat. “All you need is partial collapse.”

That could help their results line up with those of Dr. Kawchuk, whose images showed the existence of a bulge in the knuckle long after the sound had passed. The bubble only needed to contract by 30 to 40 percent to make that popping noise, said Dr. Barakat, leaving a gas pocket intact, albeit a smaller one than what is visible in the MRI.

The researchers did not model what happens as the bubble forms — the model merely assumes its existence. Dr. Kawchuk suggests that a plausible next step would be to see whether the formation of the bubble in a similar model could create sound. Dr. Barakat agrees, saying that the best way to proceed would be to model the entire process from beginning to finish, to see how both bubble formation and bubble collapse contribute.

The quest to understand knuckle cracking, it seems, is not over.