Trilobites: The Isle of Skye Once Was a Dinosaur Playground 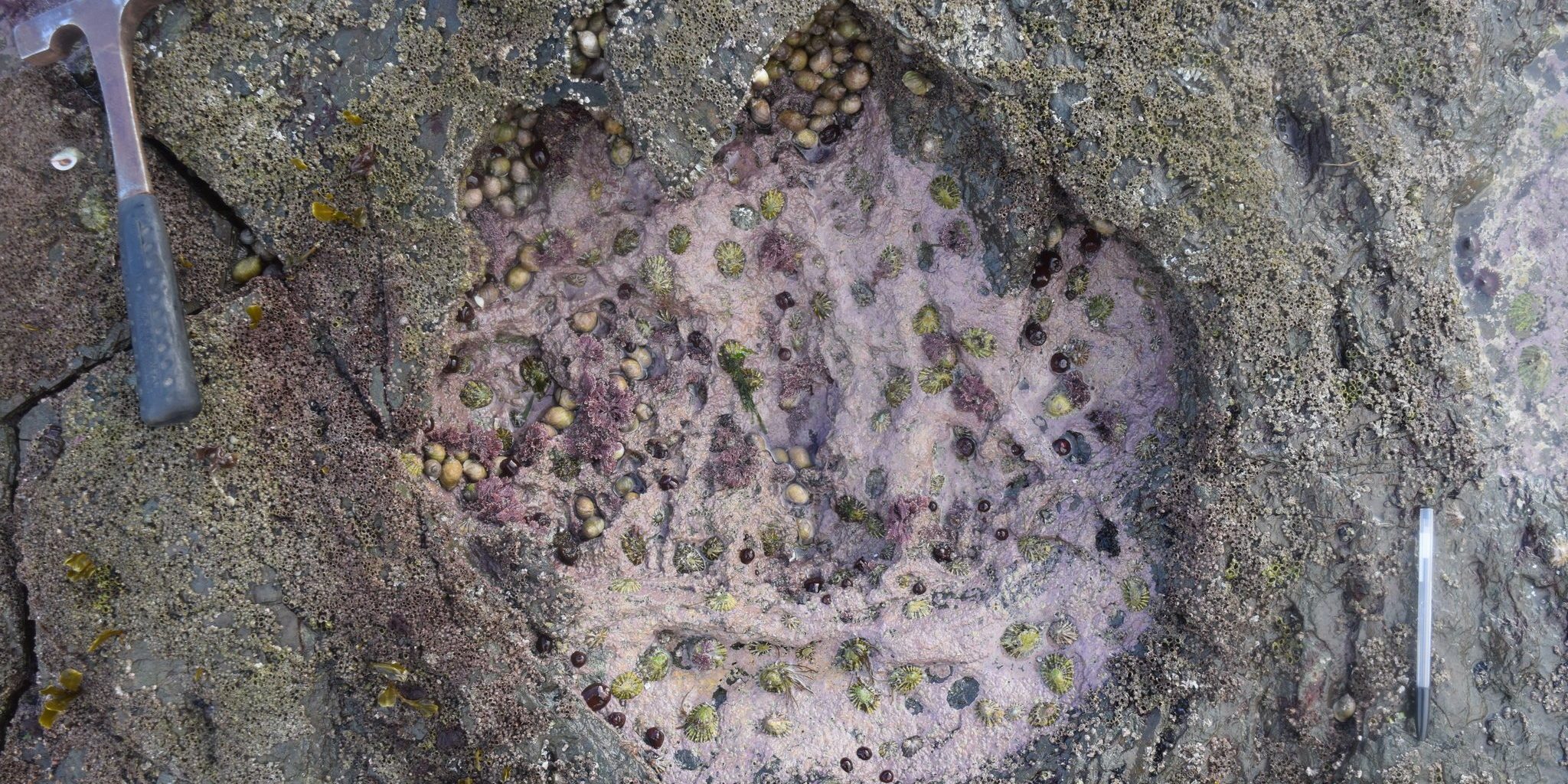 In Footprints on Scotland’s Isle of Skye, Signs of a Dinosaur Playground

Gigantic dinosaurs frolicked and splashed some 170 million years ago in the lagoons of what is now Scotland. That’s what a team of paleontologists has determined after discovering dozens of jumbo-sized footprints belonging to long-necked sauropods on the Isle of Skye. Mixed with the herbivores’ tracks were a few clawed impressions left behind by two-legged meat-eaters known as theropods.

The footprints present a snapshot of life during an important period in dinosaur history that has yielded relatively few fossil remains. In the mid-Jurassic, sauropods necks grew longer and the first birds were figuring out flight.

Identifying two types of footprints in the same place also challenges the idea that long-necked dinosaurs waded into shallow, muddy waters to escape predators, said Stephen Brusatte, a paleontologist at the University of Edinburgh in Scotland and an author of the new study.

“We’re actually seeing these dinosaurs interacting with each other and interacting with their environment,” he said. The team reported their findings Monday in the Scottish Journal of Geology.

One of Dr. Brusatte’s graduate students, Davide Foffa, stumbled upon the first tracks in 2016 while the team explored the coasts for bones and teeth. Amid the tidal pools, he found a large impression that had been colored pinkish-purple by algae. Upon closer inspection, he discovered the outlines of toes and a fleshy heel pad — a sauropod footprint.

That print became known as “the money track.”

“Once I saw that track, it was like I put on a different kind of glasses or something,” said Paige dePolo, who was then a master’s student working under Dr. Brusatte and is lead author of the new paper. “It helped me to see these other less distinct tracks.”

Her team helped identify about 50 footprints, including a few with heels and claws belonging to theropods that were early relatives of Tyrannosaurus rex. The team also used a drone to get aerial images of the site.

“You’re looking at it with the right eyes to be like, ‘This is a 170 million-year-old footprint,’ and this is the first time it’s being recognized as such,” she said.

The long-necked dinosaur footprints were each about the size of a trash can lid, Ms. dePolo said, with the largest being more than two feet in diameter. She and her colleagues estimated that the sauropods who left the tracks were about six feet tall at the hips, much smaller than the titanosaurs that would later roam the Earth. The theropods were only about three feet at the hip, she said.

The impressions were all found in the same sediment layer, which indicated to the team that the sauropods and theropods shared the stomping ground. The team also found fish bones in the layer, suggesting that the location was once a marshy lagoon.

Ms. dePolo plans to explore the Isle of Skye for more sauropod and theropod footprints. She and her colleagues are asking anyone who thinks they might have spotted a dino track on the island to reach out.

“Let the big nerds who do this for a living know, so we can chase them down and tell these dinosaurs’ stories,” she said. “I’m willing to look at a thousand tidal pools that are not footprints in order to key in on the one that might be.”