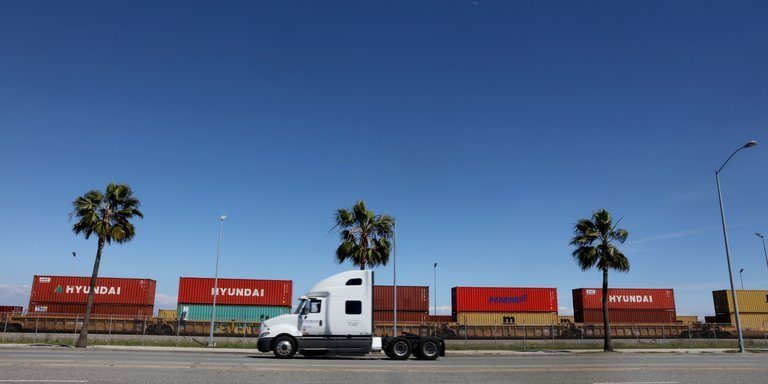 The Trump administration wants to remake global trade in a matter of months.

To secure agreements quickly, the White House has taken a contentious approach to negotiations not seen in decades, threatening allies and adversaries alike with harsh sanctions like tariffs and quotas. Those tactics have returned a few early concessions from trading partners, including South Korea, whose revised trade agreement was formally announced by the United States on Wednesday.

But it remains to be seen how much American workers would benefit from these deals and whether the global trading system can sustain the chaos.

President Trump and his chief trade negotiator, Robert Lighthizer, have set a series of crucial deadlines that are rapidly approaching. Temporary exemptions on imports of steel and aluminum from Australia, Brazil, Canada, the European Union, Mexico and South Korea have been scheduled to expire on May 1, and the Trump administration has been using that deadline as a cudgel to extract concessions from those nations.

Mr. Trump is demanding that Canada and Mexico, which have been locked in tense, monthslong negotiations with the United States over Nafta, agree to a rewrite of the trade pact in a matter of weeks. He is seeking Europe’s support by then in a trade showdown with China, and has publicly questioned whether the United States will continue to accept a deal made long ago that allows the European Union to charge a tariff on imported cars that is four times as high as the United States’ tariff.

In what might be the most difficult trade fight ahead, the Trump administration is taking steps to impose tariffs on up to $60 billion a year worth of goods from China as soon as late April.

Behind the rapid pace is a political promise Mr. Trump made both as a candidate and as president that he would rip up global trade deals that did not work for the United States and rewrite them to favor domestic companies and workers. With the 2018 midterm elections fast approaching and many Republicans in vulnerable positions, Mr. Trump is trying to win agreements that will appeal to his base and help keep Republican control of Congress.

If Mr. Trump’s push works, it could hasten the biggest rewrite of trade rules around the world since 118 nations agreed in Geneva in 1993 to create the World Trade Organization.

But the rush carries significant risks. Hasty deals could do little to solve major, long-running problems for the United States, like China’s financial support for its homegrown companies. New tariffs could also prompt the United States’ biggest trading partners to push back and ignite a trade war or a serious geopolitical confrontation. And it could simply prompt some nations to pull back from the United States, rather than accede to demands that may be unpalatable back home.

“You get this thing rolling and it gets hard to stop,” said Nelson G. Dong, an international investment and technology lawyer in the Seattle office of Dorsey & Whitney, a law firm. “Each side gets its manhood challenged.”

There are legal risks as well. Trade pacts are usually inspected minutely by lawyers on both sides before they are signed. The United States is trying to conclude a rapid-fire series of them at a moment when the office of the United States trade representative is short-staffed for budgetary reasons. Many governments plan to challenge Mr. Trump’s trade actions at the World Trade Organization including Canada, which has already filed a sweeping trade case.

For now, Mr. Trump’s highly ambitious agenda lacks even a clear schedule for trade ministers to meet and sort out the details. The approach has irritated trade ministers in Canada, China, the European Union and Mexico, who have made clear that they would prefer the United States address its chronic trade deficits in a quieter and more collegial manner.

In the case of South Korea, the high-pressure tactic returned results — though it is not yet clear how much Seoul’s concessions will help American workers.

Under the deal announced on Wednesday, South Korea will reduce its steel exports to the United States by nearly one-third to avoid getting hit with new American steel tariffs. South Korea also agreed to double, to 50,000, the number of American cars that it will allow to be imported each year into the country without meeting South Korea’s unique safety standards, which have been criticized for decades by American and European officials as a trade barrier.

South Korean demand for American cars appears to be growing, but the new rules may not provide an immediate increase for Detroit. According to the Korea Automobile Importers and Distributors Association, the number of cars imported from the United States remains below the 25,000 cap, reaching 20,019 last year.

Still, the South Korea examples offers a look at what Mr. Trump may be seeking by pressuring trading partners for quick deals. Mr. Trump strongly hinted last week that his goal in confronting trading partners was a negotiated settlement, as opposed collecting billions of dollars from new tariffs.

“I believe that, in many cases — maybe all cases — we’ll end up negotiating a deal,” he said.

It is not clear how well that approach will work with China, a much bigger and more pugnacious trading partner. Chinese officials have repeatedly said that they object to threats but do see room to reduce the country’s trade barriers. Premier Li Keqiang said in a speech this month that China was ready to lower tariffs on imported cars and some other items.

“We will make more efforts on market opening, promote industrial updating and the development of balanced trade, and provide more choices for consumers,” he said.

Comments like that have some analysts predicting that a deal will be reached. “The most likely outcome is that China will concede,” said Larry Hu, an economist in the Hong Kong office of Macquarie Securities.

But significant risks remain of a possible trade war by the end of next month.

“Nafta could get some result by that date and the European Union might have a deal by then, but in the case of China, this will be more difficult,” said He Weiwen, a former Chinese Commerce Ministry official and longtime trade expert. “The Chinese are very mad.”

Already some in the Trump administration are spoiling for a fight over the W.T.O., which arbitrates international trade disputes.

Mr. Lighthizer and many other Democratic and Republican trade experts have repeatedly complained that the W.T.O.’s process for reviewing and solving trade disputes has put the United States and Western countries at a disadvantage.

Pascal Lamy, the former director general of the W.T.O., said that what the United States accomplishes could depend to a considerable extent on whether it seeks a broad opening up of international trade, including a requirement that China remove many trade barriers, or whether the United States ends up protecting its own market.

“If the United States carpet bombing on trade is about opening a negotiation, which is one of the interpretations, then I think there is ample room to improve the rules of the W.T.O.,” he said.

But he added that if American officials “are after blowing up the multilateral system, then it is a very serious issue.”