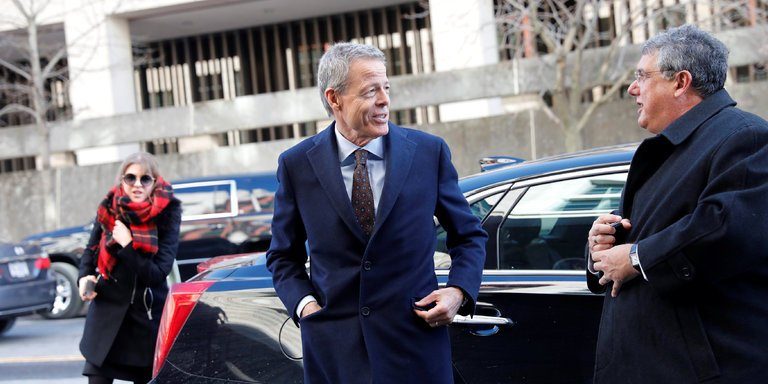 Entering the fifth week of a trial that will decide the deal’s fate, Mr. Bewkes was the first top executive from Time Warner and AT&T to take the stand in federal court to argue against the Justice Department’s lawsuit to block the merger. The Justice Department had sued to stop the deal in November, arguing that a union of the two companies would harm consumers and weaken competition.

Before a packed courtroom on Wednesday, Mr. Bewkes portrayed Time Warner as an underdog against Silicon Valley giants that can reach hundreds of millions of users and are spending billions of dollars a year to produce original shows that compete with Time Warner’s HBO and Turner Broadcasting.

“We don’t have the tech platform, don’t have the engineers, don’t have the infrastructure,” Mr. Bewkes said in arguing for his company’s need to combine with AT&T, a mobile wireless and satellite television giant with access to more than 150 million subscribers nationwide. Mr. Bewkes has not yet been cross-examined by the Justice Department, which is expected to grill him this afternoon.

The trial is being closely watched for the implications it could have on the course of antitrust policy and for how it could shape the landscape of entertainment as legacy media and telecom companies scramble to bulk up against new competition from Silicon Valley.

AT&T’s chief executive, Randall Stephenson, is expected to testify as soon as Thursday, with John Stankey, AT&T’s senior vice president who is poised to run Time Warner after the merger, testifying later on Wednesday. Arguments are expected to close as early as April 30. Judge Richard J. Leon of the United States District Court for the District of Columbia, who is presiding over the case, is expected to take about a month before giving his opinion.

For Mr. Bewkes, 65, the courtroom appearance was a rare public pleading to salvage a career-defining deal. The media titan is a 39-year veteran of Time Warner and has been chief executive since 2008, overseeing the rise of HBO, the spinoff of Time Warner Cable in 2009 and the turbulent evolution of CNN and the Warner Bros. movie studio.

Confident and congenial, Mr. Bewkes engaged directly with Judge Leon, leaning forward in his chair and making eye contact as he explained how the media industry is being challenged by Apple, Amazon, Facebook, Google and Netflix.

Among the biggest problems for Time Warner as a stand-alone television and movie producer is that it does not have access to viewer data to target advertising and other customer information, the same way that Amazon and Netflix do, Mr. Bewkes said.

“We don’t have emails, contact information, billing information … any of these things,” he said.

At the center of the antitrust trial are arguments over consumer and competitive harms, with attention focused on economic analyses presented by both sides last week. The Justice Department and several consumer groups said the deal would hurt consumers, who would have to pay bigger bills as a result of higher prices for Time Warner programs.

The companies have argued that the Justice Department’s lawsuit is at least a decade behind the times. They portray their companies as underdogs struggling to compete against Silicon Valley titans. AT&T and Time Warner also have said it is highly unusual for the federal government to block a so-called vertical merger of companies that don’t directly compete.

Judge Leon has said the action was indeed a “rare breed of horse” but not a “unicorn.”

Mr. Bewkes and Mr. Stephenson have previously suggested that the Justice Department was influenced to block the deal by presidential politics. President Trump said during his election campaign that the deal should be denied. Mr. Trump has also repeatedly bashed CNN, the news network owned by Time Warner, for its coverage of his administration.

The Justice Department has denied any political interference in its suit to block the deal.