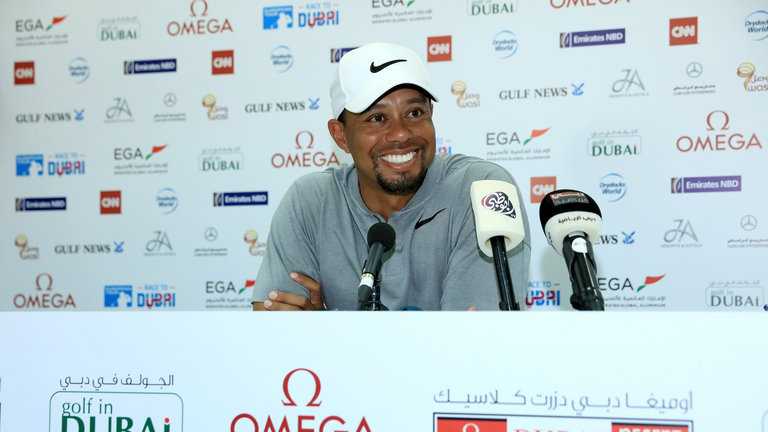 Tiger Woods has insisted his lengthy absence from golf has not diminished his winning mentality as he prepares to take on a strong field at the Omega Dubai Desert Classic.

Woods is back at the Emirates Golf Club for the first time since 2014, and he remains confident he can compete for a third victory in the event despite missing the cut on his return to PGA Tour action last week at the Farmers Insurance Open.

The 41-year-old was hampered by a wayward long game at Torrey Pines in his first full-field competitive start following almost 18 months out as he recovered from major back surgery, but he is hopeful of making vast improvements in the final event of the Desert Swing.

“If I’m teeing it up, that’s the goal – to win it,” said Woods, who will play the opening two rounds with Masters champion Danny Willett and young English talent Matt Fitzpatrick, winner of the season-ending DP World Tour Championship in Dubai last November.

“Over the course of my career, I have been less successful at winning golf tournaments than winning tournaments. But the goal is to win, and that doesn’t change. Whether I’m injured, coming off an injury or I’m playing well, or I’m playing poorly, if I’m in the event, it’s to win the event.

“That’s why I take practising so seriously at home. And I’ve always said that to you guys over the years, that I would much rather practise than play at home because I like to have all those shots.”

Woods struggled to find fairways at Torrey Pines, particularly in the first round on the South Course when he hit only four of 14 from the tee, and he is prepared for another tough test at The Emirates this week with blustery conditions expected.

Asked what he had learned from his early exit in California, Woods joked: “Well, eight-inch rough is not good! And this golf course, it’s going to be tough if it gets windy. It’s going to be tough to hit the fairways and these greens will dry out pretty quickly. They are a little on the firm side already in certain spots.

“But if we get the winds that we’re supposed to get, then these greens are going to get quick, hard and fast and it’s going to be imperative to hit the ball in the fairway, because you just can’t spin the ball out of this rough. The good news is, at least it will be warmer!”

Woods also insisted he was not concerned with how far he is hitting the ball since returning to fitness, claiming it was more important to be swinging without any discomfort in his back.

“The simplest thing is I just play away from pain,” he added. “Whether my swing looks classical, rhythmical or it may look unorthodox, I don’t care. As long as I don’t feel that nerve pain. Anyone who has ever had nerve pain in their back or anywhere in their spine, it’s like hitting your funny bone a thousand times a day; it’s just not fun.

“I’m not going to be hitting balls like some of these guys 340 yards out there. I watched Dustin (Johnson) carry a ball 335 yards last week when it was cold, wet and damp. Jason (Day) and I just looked at each other going, ‘We don’t have that’.

“So you do it differently. If you look at the list of guys who shot below 60, you realise Jim Furyk’s on there twice. He averages 270 off the tee, but he’s shot two rounds under 60. So it can be done different ways.”