Tiger: I need to find rhythm 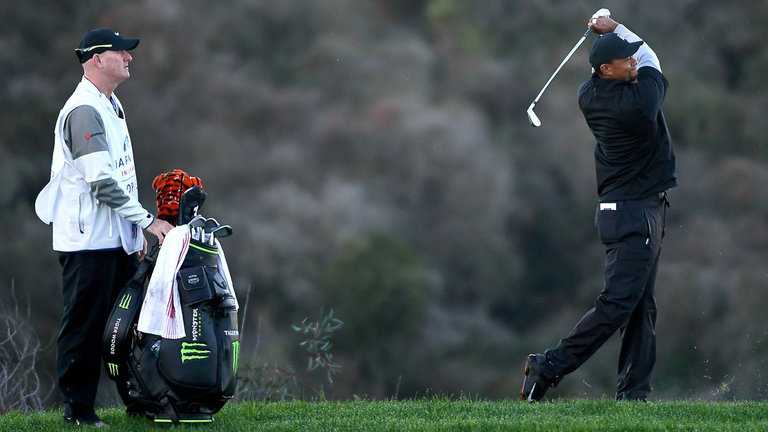 Tiger Woods says the reason for having a punishing schedule, on his return to top level golf, is so he can analyse his physical and mental fitness.

The 14-time major winner last played an official PGA Tour event in August 2015, since when he has been sidelined with back pain and has undergone a series of operations.

In the past he has also suffered from knee and other serious leg injuries, and has arrived on the west coast this week uncertain about whether his body can cope with the strains and stresses of tournament golf.

His first attempt at a comeback during the American Fall last year was cancelled before he returned to action at December’s Hero World Challenge – an unofficial invitation event.

This week’s Farmers Insurance Open represents a run of four starts in the five weeks for the former world No 1.

If everything goes to plan, the American will also compete in next week’s Dubai Desert Classic, the Genesis Open at Riviera (February 16-19) and Honda Classic in Palm Beach (February 23-26).

Asked about his itinerary, he explained: “We all know I haven’t played a full schedule in a very long time, so this is an unknown.

“One of the reasons why I’m playing four out of five weeks is to get into the rhythm of playing competitive golf again. I’ve been away for so long.

“And it’s nice to start here at Torrey, also to go to another place, in Dubai, where I’ve won before as well.”

Woods is an eight-time winner at Torrey Woods, including the 2008 US Open which remains his most recent major title.

On Thursday he plays alongside big hitters Jason Day and Dustin Johnson, ranked one and three in the world respectively.

During his 20s and 30s Woods was among the biggest hitters in the game but he has no plans to try and out-drive his playing partners over the opening two days at Torrey Pines.

He added: “That’s two guys that are the best in the world and they’re up there and playing some unbelievable golf and they’re good friends of mine.

“I couldn’t have asked for a better pairing. Those guys will bomb it out there. That’s fine.

“I’ll just play my game and the name of the game is low score. It’s not a long drive contest.

“You always want to play against and with the best players. But I’m trying to remind myself: ‘Hey, I haven’t played in a while. Hey, it’s just the first two days and get yourself in contention, build your way up.’

“It’s not Sunday. I’ve got a long way to go to get to that point where I have a chance to win this event.”

Woods, no longer inside the world’s top 650, has not won a tournament since August 2013.