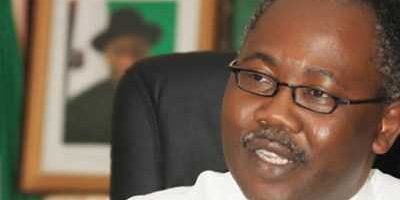 Three Lebanese and the Nigerian coowner of Amigo Supermarket, who were arrested for keeping an illegal armoury and suspected links with a Hezbollah terror cell in Kano last week, have sued the Federal Government over alleged illegal detention, demanding N50bn damages.

The plaintiffs – Abdalah Tahini, Talal Rouda and Khosai Nouridine – in the action brought before the Federal High Cour sitting in Abuja are also seeking the court’s order stopping the Federal Government from deporting them.

They are contending that if they must be deported, the legal procedure must be followed

Their Nigerian associate, Mustapha Fawaz, who is also in court is joining the Lebanese to request for a separate order directing the Federal Government to unseal their business premises in Abuja.

They are also seeking an order compelling the Federal Government to tender a public apology to them and publish same in three newspapers widely circulating in Nigeria for the violation of their rights.

National Mirror reports that a few days after the arrest of the suspects in Kano, the State Security Service, SSS, sealed Amigo Supermarket and Wonderland Amusement Park belonging to them.

But the Lebanese had asked the court to declare that the action “was arbitrary and a wanton violation of the right of Fawaz to own property and participate in the minor sector of the economy as guaranteed respectively by Sections 44 and 16(1) of the 1999 Constitution and African Charter on Human and Peoples’ rights”.

Counsel for the Lebanese, Lagos human rights lawyer, Mr. Bamidele Aturu had approached the court through a motion for enforcement of their fundamental human rights.

The plaintiffs were contending that they were unlawfully arrested and detained.

The application was filed a few hours after the Federal Government had procured an order to detain them to enable further investigation into the matter.

SSS Director-General, Ekpeyong Ita, and the Attorney-General of the Federation and Minister of Justice, Mr. Mohammed Adoke (SAN), are named as respondents in the suit.

In the application for the enforcement of their fundamental rights, the applicants asked the court to declare their arrest and continued detention without trial by the SSS on various dates as “illegal, unlawful, unconstitutional, null, void and of no effect whatsoever.”

They prayed the court for an order directing their release and an order of perpetual injunction restraining the respondents whether by themselves, agents, servants, officers, and or proxies or whomsoever, howsoever from arresting or detaining or continuing to detain them except by a procedure permitted by law.

The motion was brought pursuant to Sections 35 and 36 of the 1999 Constitution; Articles 6 and 7 of the African Charter on Human and Peoples Rights (Ratification and Enforcement) Act Cap. A9, Laws of the Federation 2004 and Order II Rules 1, 2 and 3 of the Fundamental Rights (Enforcement Procedure) Rules 2009.

It will be recalled that Aturu had in a June 3 letter to the SSS boss complained that his clients had been detained without trial by the security agent in violation of the constitution.

He also asked that they should be allowed access to lawyers, members of their families and doctors within 48 hours “in accordance with their undoubted rights under both Nigerian and international law.”

In an affidavit in support of the suit, Tahini stated that the SSS had ignored the letter demanding the detainees’ access to lawyers and doctors.

He averred that Fawaz was arrested in Abuja at about 4a.m. on May 10; Tahini was arrested on May 11 while Rouda and Nouridine were arrested “on or about May 28 in Kano.”

The deponent added that the respondents and their officers had sealed Amigo Supermarket and Wonderland Amusement Park in Abuja since May 31 while many people who looked like staff and customers “were seen driven away by security operatives.”

“The applicants have been held incommunicado since their arrest and have not been allowed to see their lawyers, doctors or any member of their families,” he said.

Tahini added that the applicants had not been charged with any offence before any court of law in Nigeria and that unless the application was granted, the rights of the applicants would be violated.

The three Lebanese were arrested by security operatives in Kano on May 28 in connection with weapons seized from a bunker built inside a bungalow located on Gaya road in Bompai Estate in Kano.

Some of the items from the bunker displayed by security operatives include dynamite for explosives, several AK47 rifles, rocketpropelled grenades, antitank and anti-personnel mines and many hand grenades,

They were subsequently moved to Abuja for further investigations.