They are all listen to Radio Biafra. Ozekhome proposes name change for Nigeria. Wants Nigeria renamed ‘Airegin’ at national conference 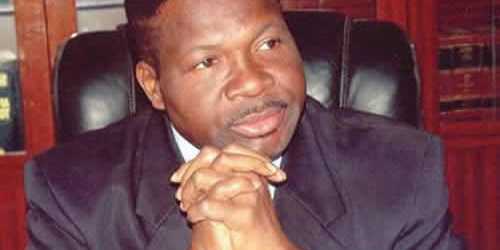 A Federal Government delegate at the ongoing National Conference, Chief Mike Ozekhome has proposed that the name Nigeria should be changed to ‘Airegin’.

He made the proposal on Wednesday, while contributing to the debate on the report of the Committee on Political Restructuring and Forms of Government, co-chaired by retired General Ike Nwachukwu and Honourable Umaru Kumaila.

The Edo State-born legal luminary argued that it was imperative to wash Nigeria of the colonial legacy saying that it was a colonial imposed name which should be changed to reflect originality, suggesting that the old National anthem, written by Mr Taiwo Akinwumi, and the old flag, which was designed with the rising sun on it should be reintroduced, as it is peculiar with all parts of the country.

“I want to move that this conference should consider changing the name of the country to reflect our originality. The name Nigeria was a colonial imposition which must be corrected. The name was given to the country by Lady Flora Shaw who later became Lady Lugard,” he said.

He added that the country was known formally as the Northern and Southern Protectorates before being changed to Nigeria, meaning Niger Area or areas within the River Niger by Lady Flora Shaw.
ADVERTISEMENT

He said: “The country was known formally as the Southern and Northern Protectorates before it was changed. It was changed because they said it was too long for them to pronounce.”

He suggested that the name should be changed from Nigeria to ‘Airegin’ to make a clean break from the past.

‘Airegin’ was just gotten when you write the name Nigeria from ‘right to left.’

On the additional one state given to the South East geo-political zone, while disagreeing with a delegate representing Federal Government and Environmental activist, Mr Ledum Mitee, who opposed the state, Ozekhome said that he supported the additional state as it will integrate the zone into the system.

He also lend his support to the Committee’s recommendation for States to serve as federating units stressing the need for states to have their own constitution to reflect their peculiarities.