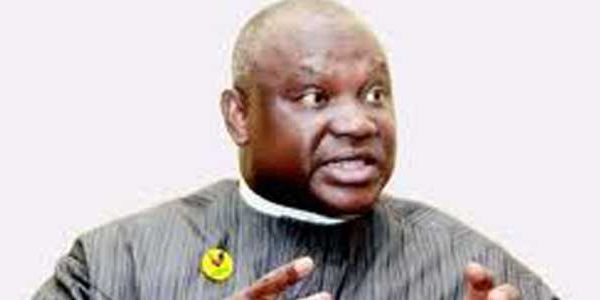 With the commencement of international flight to Enugu through the Akanu Ibiam International Airport and mobilization for work on the second Niger Bridge, many in the South-East believe that President Goodluck Jonathan has taken a bold step in ending the marginalization of the Igbo nation.

But the founder and National Chairman of the United Progressives Party (UPP), Chief Chekwas Okorie told Saturday Sun that though what Jonathan had done was commendable, there are still many other bitter issues needed to be addressed to make the country practise true federalism.

He, therefore, said it was high time the country considered a national conference as now being supported by the presidency and National Assembly.

He also for the first time revealed how renowned philanthropist, Prince Arthur Eze supported the formation of the All Progressives Grand Alliance (APGA) in his bid to make the Igbo have an “address” just as he gave knocks to those who frowned at the billionaire businessman landing at the Akanu Ibiam Airport in his private jet before the official date for the inauguration.

Okorie also unveiled the governorship candidate of the UPP in the November 16 governorship election in Anambra State, Prof Benedict Ndubuisi Akanegbu, saying that he is the candidate to beat. Excerpts:

What will you say about the marginalisation of the Igbo and President Jonathan’s efforts at redressing this?

What I would say as an appreciative person is that half bread is always better than none. The issue of Igbo marginalization as a matter of fact is bitter than the three things you have mentioned: the issue of international airport, Second Niger Bridge and denying us one state. In fact, our type of federalism is a very important factor. Whether you give us an additional state or not, you will look at the federating units that make up the Nigerian federation. So, we are thinking that the geo-political zones ought to be the federating units; it doesn’t matter the number of states you have in each of the federating units. The important thing is that what they get from Nigeria will be on equal terms with those who have more states and this will solve the problem of number of states. I will go beyond the number of states to the number of local governments. For instance, in the South-East geo-political zone, there are only 95 local governments areas. It was the Dasuki Report that created those local governments. And in the North West alone, we have 188 local governments; almost double that of the South East. The local governments are critical factors in revenue sharing. Even the issue of land mass was brought into revenue sharing calculation. And population that cannot be substantiated by any reliable data was also used. However, the ones that people see everyday are these ones that you have mentioned; but what about erosion control, the zone is devastated. In fact, the South East has been declared a disaster area in terms of environmental devastation long ago, almost in the same category with the oil spillage in the Niger Delta area. But be that as it may, the government of President Goodluck Jonathan has initiated some measures other governments have been shying away from either deliberately or in the bid to continue to perpetuate the marginalization of the Igbo. So, it is to the credit of Jonathan’s administration that the international airport has become a reality. What may be required now is to beef up the infrastructure and maybe increase the number of flights that will be coming to the airport, but at least, it has taken off. We are also satisfied that the second Niger Bridge contract has also been awarded and we are looking at it being completed within the first tenure of Jonathan’s administration. For the issue of state creation, it was the military that handed over the 1999 Constitution that was very mischievously and wickedly left in the provisions of the constitution conditions that will make it absolutely impossible to create new states, such that it will be like the camel passing through the eye of the needle for an additional state to be created and that is why between 1999 and today, no new state has ever been created whereas the military governments were creating states at their own whims and caprices. That was one of the reasons some people felt that a national conference is needed to address the inaccuracy of our federalism and since the National Assembly has also shown reluctance, because again, it is dominated by northern legislators, to liberalize the process of state creation so that this can be made possible. But if it is the way I look at it, I look at it as half bread being better than none, but the agitation has not been addressed to the extent that one can relax and say things are now okay.

Would you then ask for a National Conference where some of these issues can be addressed?

I am one of those who have been involved in the clamour for a national conference for a long time. I have been part of every national conference. Actually, Ikemba and I were the principal actors from the South East, we belonged to that group that was coordinated by Chief Solomon Asemota. And later on, we combined with other people to form PRONACO, all for the purpose of national conference. Before all of that, there was Igbo think-tank that was coordinated by Barrister Nwokolo; again, it was all for a national conference and that was mostly the Igbo angle to it that was needed to put pressure, combine and exchange hands to other like-minded groups to bring it about. I remember that Prof Chinedu Nebo at one time chaired the Igbo think-tank. So, I have been very much involved in it and support it because it is what I believe that can ensure a more equitable Nigerian federation that will guarantee Nigerians their citizenship rights and develop other opportunities. But I have also heard and seen it that none of the groups I mentioned or any group that does not have the backing of the government can ever convoke a legitimate, feasible national conference because it requires a lot of logistics. And by the time you finish the conference and come to certain resolutions, there should be a national referendum to give effect to the constitution that will be drafted as a result of the agreements reached. And who will go to call for a national referendum except the government in power. All said and done, we still look forward to the president giving support to it. So, the recent positive comments of the Mr. President and the Senate President with regards to national conference is, to some of us, very cheering shift from what has been the case before now because they appeared to be so scared of touching it even with a long spoon. And some people in the North are beginning to see that it will be in their interest too to have a national conference.

Is it true that businessman, Arthur Eze helped in the formation of APGA?

I have known him for quite some time before APGA and that was why, when the idea of APGA came, I saw him as someone I could approach to support the idea. And people shouldn’t forget that I have made two previous attempts at party formations, in 1996 and 1998, but those ones were for Peoples Democratic Congress (PDC) and they were not successful. So, when the third opportunity came, I went to Prince Arthur Eze and shared this thought with him. I must say he is very royal, patriotic and a highly philanthropic Igbo man. He didn’t think twice about the need for a political party that will be based on Igbo initiative. I remember him using the expression that “Igbo people should have an address” and I picked that expression from him. He said that someone who doesn’t have an address, his letters would never be directed to him and so politically, we didn’t have address and he suggested the use of the word, UPGA, and he said we should even use UPGA if only to honour Dr Michael Okpara who led the first alliance; though UPGA then was not a political party but an alliance and we immediately took to that advice and proceeded. He gave me the take-off fund with which that exercise was started and we began to bring in other people.

And that was not the best of his business period, but this is somebody that if he believes in something, he will empty his pocket to support it. And that was the extent he gave me, both moral and financial supports. So, somewhere along the line as we were almost approaching the registration of the party, INEC changed the rule and said any party’s name that has been used before will not be used again, and any symbol used before will not be used again. Then, of course, I now had to make quick consultations with one or two top Igbo people in INEC and changed the “U” to “A”, so instead of UPGA it now became APGA, that was how the name came about.