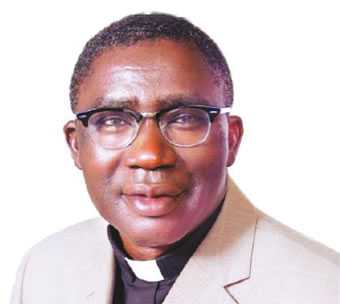 The General Secretary of the Christian Association of Nigeria, Rev. Musa Asake, speaks with BAYO AKINLOYE about President Muhammadu Buhari’s silence on incessant killings of non-Muslims

Many Nigerians have condemned the killing of a Redeemed Christian Church of God preacher, Eunice Elisha. How do you view the fact that she was allegedly killed by Muslims?

I really don’t know – that’s not the first killing. I don’t why this is happening; we have security agencies in Nigeria. But when a Christian is killed, they (Muslims) either say it’s due to blasphemy or they don’t give a reason at all. After the killings, we are often told some people were arrested – that’s the best we hear. And, after the arrest, nothing happens again. As Christians we’re going through a difficult time. Therefore, my reaction to the killing of the RCCG’s pastor is that it was an ugly incident. It ought not to have happened. There’s never been a situation where a Christian will go and kill somebody for no reason but Christians are being killed Muslims – let me say by extremists; because not all Muslims are involved. Then, we are also faced with Fulani herdsmen who are killing people and wiping out villages as if we don’t have a government in the country. It is a very sad situation.

What is the implication of this crisis?

From the way I see things happening, there is a grand plan to wipe out Christians in this country but by the grace of God it will not come to pass. That is why I am saying if the government is not going to protect us, then we have no choice but to protect ourselves. We will not continue to fold our hands and accept being killed for no reason. These killings are going on as usual and we have got to a point to say ‘enough is enough.’ Everybody has to defend themselves.

Do you think it will be in anybody’s favour if everybody is encouraged to take the law into their hands?

That is not taking the law into our hands, it is defending ourselves. You cannot just sit down and allow people to kill you since you have nobody to help you –it’s not taking the law into your hand. If somebody breaks into your house, you have to deal with them. You slap me, I slap you. We have been preaching that ‘vengeance is of the Lord’ but we are being pushed to a certain level that we can no longer tolerate what is happening. As Christians, we don’t have anybody speaking for us; nobody is protecting us. They (the government) are leaving us to die as chickens and so I say ‘enough is enough’.

Talking about ‘vengeance is of the Lord’, do you see this as a test of faith that requires that people should allow the government to address the matter as it deems fit?

My brother, the Bible says ‘watch and pray’. The Bible again tells us that if a thief is coming to your house and you are aware of it, you cannot go to bed and allow the thief to destroy your house and kill your family. You have to protect your family. So, we are not going to sit down and be deceived; people are using that verse (of the Bible) against us. If you go into the Bible, there are many passages that we can use (to defend ourselves). If you look at it you can never give me a record of one instance that Christians started killing Muslims in this country; not one instance – I want somebody to prove me wrong.

What can be done before the crisis worsens?

There is nothing that can be done when the government seems to favour one religion – look at how appointments are shared in this government (of President Muhammadu Buhari); tell me how many Christians are there? All the security agencies in this country are in the hands of northerners. Don’t we have Christians in the North? Was it only Muslims who voted for the president in the last presidential election? Evidently, Christians have been marginalised and they are being brutalised. Christians are being treated as if we are second-citizens in this country which is sad and unfortunate but our God is not asleep.

Are you saying these killings won’t stop?

How can the killings stop? Look at it again: when you run to the police for reprieve, the security is in their (Muslims) hands – and they are the ones who are killing us. So, when people are arrested for killing their fellow humans, nothing happens. Or, have you ever heard of someone brought to book because of these killings? Nothing has happened. Is the government saying anything? Look at the (Evangelical Church of West Africa’s) pastor that was killed in Nasarawa State, have you heard the governor say anything? There was even no sense of sympathy expressed towards the bereaved family. Again, the woman killed in Abuja was a RCCG pastor and Nigeria’s Vice President is also a RCCG pastor. The killing of the RCCG pastor took place where they live and the President didn’t say a word – it is a sad situation.

But the wife of the Vice President visited the pastor’s bereaved family in Abuja to condole with them.

Did she make a statement? Going to condole with the bereaved and signing a condolence register, is that what we want?

Has the Christian Association of Nigeria made efforts to meet with Vice President Yemi Osinbajo on the killings?

Do we have to go to him? Is he not there to represent Nigerians, not only Christians? He knows the situation of this country; that’s why he ran for the office. We don’t have to go and meet him. He knows what we are going through. What is happening is not something that he doesn’t know. Does someone need to go and tell him about it? The President knows that his deputy is of the denomination; these killings are happening, are they not provoking him? The issue is not about going to him; everything is happening in the open and nobody is saying anything.

Don’t you think all Christian groups that professed to be Christians should meet with the President or his deputy to express their displeasure about the way the government is handling the matter?

We have registered our displeasure; we have spoken and we have written. Going there is not the issue; the issue is that they are there to represent us and to defend us, to protect us. Muslims and Fulani herdsmen are committing atrocities and are going scot-free.

What about meeting with Islamic religious leaders to resolve the crisis?

My brother, you’re in this country you know what is going on. We have Nigeria Inter-Religious Council and for several years we have never met; that is where the current issue ought to be discussed. Since the council has not been operational, which group do we meet again? And where do we start from?

Isn’t there a way to arrange a meeting with Islamic spiritual heads in the North along with some big-time pastors?

So, what big-time pastor do you want? The woman that was killed in Abuja was a Redeemed minister and I saw that the head of the Redeemed church went to condole with her family by 6.00 am. The statement he made was that he was praying for the salvation of those who killed the woman. I am confused. I don’t want to go further.

Why are you confused?

It was a very good opportunity for the head of that church (RCCG) to make a very strong statement to the government, to tell them ‘enough is enough’ because that wasn’t the first time (Christians would be killed for no just cause). But what I expected wasn’t what I got.

Is it possible to imagine that clergymen are part of the problem for not speaking up?

They are not part of the problem – I don’t understand what you meant by saying they are part of the problem. Not speaking out is my problem and I keep wondering: who are we afraid of? Who are we trying to please? That’s the problem – who are we trying to please? The Muslims take their time and speak as they want. The Miyetti Allah Cattle Breeders Association of Nigerian or what do you call them? They usually come out and speak arrogantly – nobody has challenged that association. They wiped out villages and speak as if they own people’s lives and we continue to say ‘let’s live in peace and pray’. Everything that has a beginning definitely will have an end. I am afraid the way we are going in Nigeria today is not the best. There are some people who want to destroy this country; they want to wipe out (some people) – then, we can help them to wipe everything out. And let’s see who remains. We can’t be building while somebody is destroying. We all have a choice: we can build together or we can choose to destroy together.

But would that be Christ-like? Is that what Jesus preached?

Could the perpetrators of these killings be hiding under the banner of Islam and that they are not Muslims?

Who told you they are not?

I am just wondering.

They said they are followers of Islam. They say they are Muslims, why are you trying to defend them? Do you know them?

I don’t; I am just wondering if it is possible these killers are not Muslims?

OK; don’t tell me they’re hiding (under the banner of Islam). They are not hiding. That is who they are.

Do you think President Muhammadu Buhari has been able, as the commander-in-chief of the country, to protect lives and property, particularly that of those being attacked by Fulani herdsmen and Muslims? Do you think he’s bothered?

It’s hard to say; he doesn’t speak whether they kill or they don’t kill, he doesn’t say anything. I don’t know whether the killing of Christians bother him or not. I don’t understand how he’s trying to protect us since security is in the hands of the Muslims. For all the killings in the North he’s not saying anything. But he is more interested in the Niger Delta, sending troops there. We are being killed but he’s not saying a word. That’s a big challenge for a leader who’s supposed to be a father to all. I don’t know whether that bothers him or not since I have not heard him talk. The government is one-sided. People are keeping quiet especially those who are in government. They feel they are fine because of where they are.

But I am reminded of a Biblical passage in the book of Esther when the Jews were to be annihilated secretly by Haman. Mordecai – Esther was then the queen (in Persia) – sent a word to Esther that there was a pogrom being planned against her people. Mordecai urged her to speak to the Persian king about the plot. Esther was trying to give the bureaucracy of the palace as an excuse. Mordecai told her that if she refused to stand and speak for the Jews salvation would come from another means. But if destruction came upon the Jews, he said even Esther and her family would not escape it. Mordecai said to her, ‘who knows maybe for a time like this that you should be in a position of power.’ To all the Christians in government that are keeping quiet, who knows maybe God allows them to be where they are today for times like this. If they speak, fine; if they don’t speak, salvation will come to Christians without or without them.