Their plan was to use Boko Haram terrorists to eliminate Biafrans extract in the army, 4 Lt Cols, Major, 92 others face court-martial 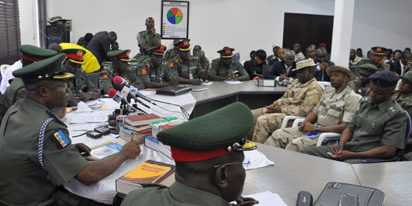