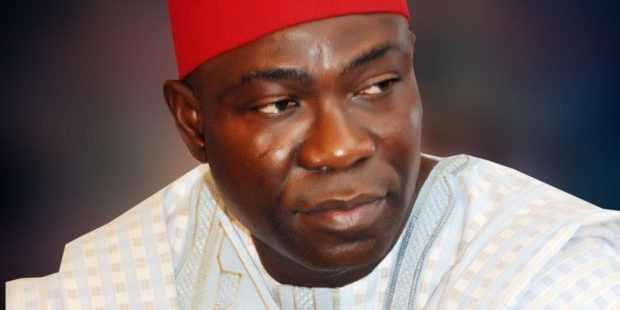 The Senate will today vote on some of the new proposals up for amendment in the 1999 Constitution.

The Deputy Senate President and Chairman of the Senate Committee on Constitution Amendment, Senator Ike Ekweremadu, announced yesterday at plenary that the voting, which had been postponed twice in the past, will take place today.

The voting, which would be transmitted live on some national televisions, would be done electronically.

Highlights of the constitution amendment proposals that would be voted by the senators are the proposal seeking for the Alteration of Section 68 and 109 to mandate the Clerk of the National Assembly and the Clerks of States Houses of Assembly to notify the Independent National Electoral Commission, INEC, in writing, seven days of the existence of a vacancy arising from death, resignation or defection of a member of the National Assembly or a member of the State House of Assembly respectively.

The other is the Alteration of Section 134 and 179, which aims to extend the time for conducting presidential and governorship re-run election from seven to 21 days, as contained in Clause 4 and 5.

INEC, which proposed the amendment, is seeking for an extension of the seven 21 days after results had been announced.

The other proposal is the empowerment of INEC to de-register political parties which fail to win presidential, governorship, chairmanship of a local government area council, or a seat in the National or States Assembly elections.

Also included in the proposed amendments is the one seeking for the conferment of exclusive jurisdiction on the Federal High Court for the trial of offences arising from, pertaining to or connected to, the violation of the provisions of the Electoral Act and any other election related act of the National Assembly.

There is also a proposal to alter the Third Schedule of the Constitution in Clause 8 to include former senate presidents and speakers of the House of Representatives as members of the Council of State.