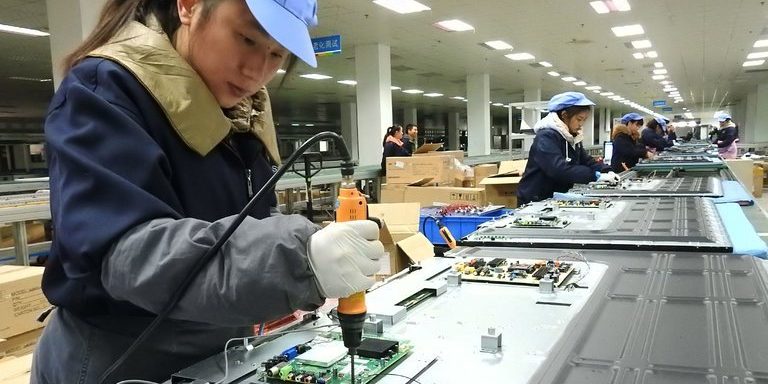 Business Day | The Week Ahead

The Trump administration is expected this week to announce the list of Chinese products that will be hit with tariffs over what the administration has called the country’s theft of intellectual property. Mr. Trump has said the levies will affect at least $50 billion in imported goods and will most likely focus on cutting-edge tech products of the kind that United States fears losing out on to China. Americans are more likely to feel the impact of these tariffs than those applied to steel and aluminum in March, because they will probably hit consumer products found on store shelves, rather than raw materials used by manufacturers. Natalie Kitroeff

The Federal Reserve Bank of New York will begin publishing a new short-term market interest rate on Tuesday. The Secured Overnight Financing Rate, or S.O.F.R., was created to wean the world’s financial markets off the London Interbank Offered Rate, or Libor, a benchmark rate that currently serves as the basis for hundreds of trillions of dollars of financial instruments — from interest rate swaps to credit card and mortgage debt — that incorporate floating interest rates. Since the 2008 financial crisis, policymakers and financial institutions alike have wanted to find a replacement for Libor, as the process for setting the rate has been vulnerable to manipulation. The New York Fed’s new rate is based on the rates in the active market for a kind of short term-loan known as a repurchase agreement, or repo, which uses Treasury securities as collateral. Matt Phillips

Companies in Britain must lay out gender pay gaps.

By Wednesday, thousands of companies with at least 250 employees in Britain must publish figures showing their gender pay gap for the fiscal year ending in 2017. The requirement to submit this data to the government has put pressure on companies to explain the differences, which are often a result of fewer women in management and more women in lower-paid levels or occupations. EasyJet, one of the companies that has already filed, reported a 52 percent pay gap and its chief executive cut his salary by 34,000 pounds to match his female predecessor’s earnings. The filings have fueled debate over pay for women, which has been under greater scrutiny since the British Broadcasting Corporation attracted high-profile criticism for its pay practices. Amie Tsang

Last month’s jobs report was a barn burner: Employers added 313,000 jobs in February, the most in one month since 2016, and the strong labor market drew hundreds of thousands of Americans into the work force. March’s data, due from the Labor Department on Friday, is unlikely to match those highs. Still, all signs point to the job market — and the economy, in general — remaining strong. Economists surveyed by Bloomberg expected the report would show a gain of 189,000 jobs and a decline in the unemployment rate to 4 percent, which would represent the best mark since 2000. And in good news for workers, economists expect a modest pickup in wage growth, which was sluggish in February and has been weak for much of the nearly nine-year-long recovery. Ben Casselman

Jerome H. Powell will make his first speech outside Washington as the chairman of the Federal Reserve on Friday, choosing an itinerary that demonstrates his concern for business and entrepreneurship. Mr. Powell will tour a manufacturing incubator in Chicago on Friday afternoon, after giving a speech on the economic outlook at the Economic Club of Chicago. Jim Tankersley

Crown Prince Mohammed bin Salman of Saudi Arabia has met with President Trump, business leaders, journalists, technology executives and even rabbis on his whirlwind multiweek tour of the United States. He will finish up his trip on Saturday in Houston, the global energy capital, with visits to Saudi Aramco facilities, including a technology center and a refinery outside the city. Clifford Krauss