The United States Is Starting a Trade War with China. Now What? 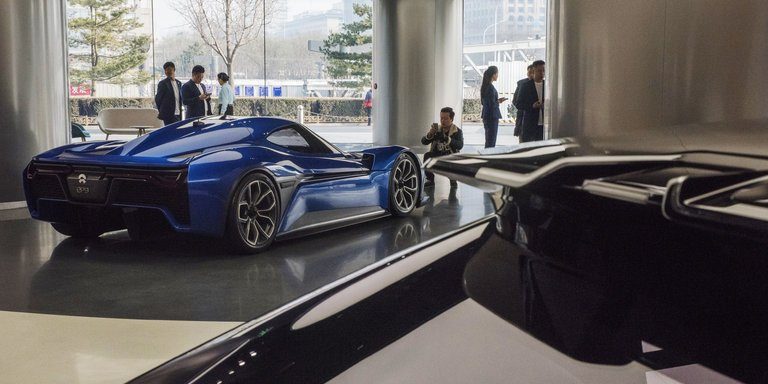 The United States is Starting a Trade War with China. Now What?

The Trump administration is on the cusp of a trade war with China, one that threatens broad swaths of the United States economy, from soybean farmers to pork producers to automobile and drug makers.

On Wednesday, China threatened to retaliate against many of the American products and industries that President Trump has vowed to protect, hitting back against the administration, which detailed a list of $50 billion in Chinese imports that it plans to tax. China, in response, outlined tariffs on $50 billion worth of American soybeans, cars, chemicals and other goods, in a move likely to spark fears that the countries’ escalating confrontation could become an all-out trade war.

That has many wondering what, exactly, comes next and whether the administration has a plan to prevent a damaging trade dispute between two economic giants whose markets are inextricably linked.

On Wednesday, President Trump suggested in a tweet that he saw no reason to back down, saying that the United States was already on the losing end of a trading partnership with China.

“We are not in a trade war with China, that war was lost many years ago by the foolish, or incompetent, people who represented the U.S. Now we have a Trade Deficit of $500 Billion a year, with Intellectual Property Theft of another $300 Billion. We cannot let this continue!” he wrote.

He added in another tweet, “When you’re already $500 Billion DOWN, you can’t lose!”

Markets appeared unconvinced on Wednesday, with stocks plunging as investors began fearing a trade war that could derail the current economic expansion.

Administration officials, however, said they saw no reason to panic. Wilbur Ross, the commerce secretary, said on CNBC that he was “a little surprised” that Wall Street was surprised by China’s reaction and said that the United States could ultimately negotiate with the Chinese.

China’s tariffs “amount to about three-tenths of a percent of our GDP. So, it’s hardly a life-threatening activity,” Mr. Ross said. “It’s relatively proportionate to the tariffs we put on based on the intellectual property,” he said, referring to the White House’s calculation that the Chinese have cheated the United States out of $50 billion worth of intellectual property through coercion and cyber attacks.

Those potentially affected by the tariffs, however, took a far less sanguine view.

“If there was ever a question of whether or not tariffs lead to retaliation, that question was answered today when China announced even more tariffs on U.S. goods,” the Americans For Farmers & Families said in a statement. “Just as members of President Trump’s own cabinet have warned, America’s food and agriculture industries are now taking a direct hit — and our farmers and families will pay the price.”

Mr. Trump’s new top economic adviser, Larry Kudlow, said on Wednesday that it is possible the tariffs will not be implemented and that it was primarily aimed at sending a “message” to the Chinese.

“The message is clear. China has got to stop the unfair and illegal trading violations. They’ve done it for years,” he said in an interview on Fox News.

Mr. Kudlow, an avid free-trader, said the tariffs were just proposals at this point and that it would be months before they were implemented, if at all. “Don’t overreact. We will see how this works out. I’m a growth guy.”