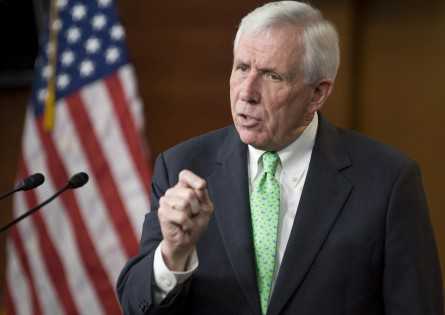 PARIS, JUNE 27, 2016: (DGW) The humanitarian crisis in war-torn Syria will be a child’s play compared to the crisis that is gradually brewing in Nigeria with a population of over 180 million former US Congressman, Frank Wolf has warned.

After a meeting with top government officials and victims of the Boko Haram reign of terror, he concluded that Nigeria, a country, south of the Sahara has the largest of terror-linked deaths under the sun.

“There’s 180 million people in Nigeria. There’s 3 million in Syria. If Nigeria unravels, imagine the impact on Europe and the world. It would be unbelievable.”
Wolf is a senior fellow at the 21st Century Wilberforce Initiative.

Reports say this institute has repeatedly asked the Obama administration for the appointment of a special envoy for Nigeria and other countries in the region which are terror-prone.

“According to the 2015 Global Terror Index, more than 51 percent of all global deaths attributed to terrorists were committed by Boko Haram,” Wolf said.
“Boko Haram, as you may very well know, has signed an agreement, pledged its allegiance to ISIS,” Wolf said.

“Nigeria has had the largest increase of terrorist (caused) deaths than any other country in the world. Nine of the top 20 of the most fatal attacks in 2014 occurred in Nigeria.
“(Of) the deadliest terror organisations in the world, number one is Boko Haram. Number two is ISIS.

“Keep in mind they’ve pledged their allegiance to ISIS and there’s a connection there with ISIS.
“Number three is al-Shabaab, which is in Somalia, and number four is a group that I’d only heard a little bit about and that’s the Fulani militant herdsmen.

“In essence, they’re the fourth most dangerous terrorist group in the world.

“So Nigeria, a country of 180 million has the first has pledged allegiance to the second and they have the fourth deadliest terrorist groups in the world,” Wolf pointed out.