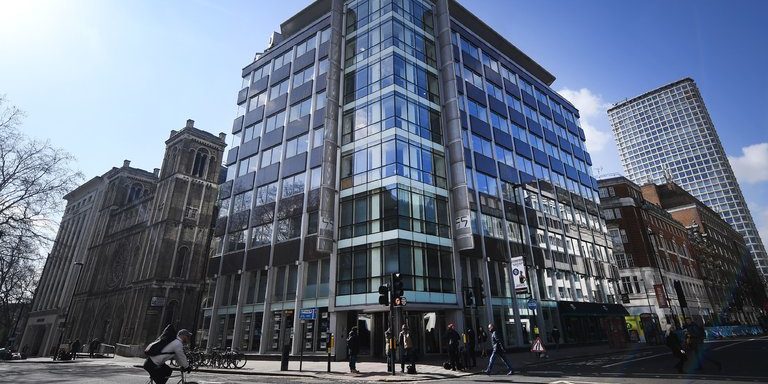 Long Before Cambridge Analytica, a Belief in the ‘Power of the Subliminal’

LONDON — Nearly three decades ago, an ambitious young London advertising executive named Nigel Oakes fell out with his partners, two psychologists, over a central claim of his new business: That using the tools of social science, he could plant motivations in a person’s brain without their knowledge, prompting them to behave as a client wished.

The psychologists considered his claims unscientific, and severed the relationship. “He wanted to exaggerate what was possible to do using psychology,” said Barrie Gunter, one of the pyschologists. Adrian Furnham, the other, said Mr. Oakes was convinced of “that mystical, incredible power of the subliminal.”

For years, Mr. Oakes kept trying, convinced he was on to something. But there was no breakthrough until the United States and its allies occupied Afghanistan and Iraq and began looking for contractors to win “hearts and minds.” The ad man rebranded himself as a psychological operations specialist, founder of an organization called Strategic Communication Laboratories, and money started to flow.

Today, Mr. Oakes’s SCL Group — which spawned dozens of smaller companies, including the American political consultancy Cambridge Analytica — is at the center of a trans-Atlantic scandal over data mining and voter manipulation. Investigators have focused on Alexander Nix, the former C.E.O. of Cambridge Analytica, who spearheaded efforts to use personal data scraped from social media in political campaigns.

Mr. Oakes, who has held contracts with the British and American governments, has stayed studiously in the background. Though his whereabouts is unknown, he was a star witness this week at a parliamentary hearing in London, where an academic shared recordings of him speaking admiringly of the oldest and simplest way of shaping public opinion: stirring up resentment toward a minority group.

Adolf Hitler “didn’t have a problem with the Jews at all, but people didn’t like the Jews,” he told the academic, Emma L. Briant, a senior lecturer at the University of Essex. He went on to say that Donald Trump had done the same thing by tapping into grievances toward immigrants and Muslims.

This sort of campaign, he continued, did not require bells and whistles from technology or social science.

“What happened with Trump, you can forget all the microtargeting and micro-data and whatever, and come back to some very, very simple things,” he told Dr. Briant. “Trump had the balls, and I mean, really the balls, to say what people wanted to hear.”

The company said his comments were made “in a personal capacity about the historical use of propaganda to an academic he knew well from her work in the defense sphere.”

The hearings marked a sudden public exposure for Mr. Oakes, an upper-crust Englishman whose air of mystery was also a selling point: From its inception, the central promise of the SCL Group was to shape public opinion without being seen. Dr. Briant, who interviewed Mr. Oakes repeatedly for her book “Propaganda and Counter-Terrorism: Strategies for Global Change,” said she suspected that for Mr. Oakes, it had been a painful experience.

“You need to bear in mind, these are powerful, arrogant men,” she added. “They think they own the world. I honestly think they thought they were invincible.”

As a young man, Mr. Oakes cut a rakish figure. Raised in rural gentility — his father was for a time the high sheriff of Warwickshire — and educated at Eton, he had “a kind of smoothness and charm and charisma that you associate with people who have that kind of education,” his former colleague Barrie Gunter said.

After Eton, instead of continuing on to college, he embarked on a racy career as a disc jockey and dated Lady Helen Windsor, a cousin of Queen Elizabeth and 40th in line to the throne.

The business idea he brought to the team of psychologists was “Marketing Aromatics,” a service that pumped in fragrances — of pine trees, the ocean, or new-mown grass — on the principle that “smells can influence attitudes and therefore behavior.” Mr. Oakes was “a young man in a hurry,” under pressure to repay his investors, Professor Gunter said.

He was also anxious over his lack of a university diploma, pressing the professors to suggest a “short cut” that would save him years of study. “He was,” Professor Furnham said, “what the English would call economical with the truth.”

They parted ways, the younger man intent on building a company with a strong research component, Professor Gunter said, “designed in such a way that if the client wanted, it could be used to influence the subject and make them do something.”

That company was Strategic Communication Laboratories, and its new targets — procurement officials in the American and British militaries, and politicians in Asia and Africa — were far more responsive. Mr. Oakes was able to leverage his aristocratic background, attracting a list of prominent people, like Jonathan Marland, a member of the British House of Lords and former treasurer of the Conservative Party, as shareholders in his venture. Lord Marland recalled investing around $70,000 in the company, which he said was “set up to give people security and military advice.”

An element of what Mr. Oakes offered his clients was dirty tricks. In 2000, Jeremy Wagstaff, an investigative journalist, encountered Mr. Oakes as an adviser to the president of Indonesia at the time, Abdurrahman Wahid. Mr. Oakes was paid $300,000 in cash for a two-month campaign, Mr. Wagstaff said. It was heavy on optics, featuring “a Tom Clancy-style ops center with lots of screens and people beavering away at computers.”

“The money was changing hands in U.S. cash in sports bags, so it was a somewhat unusual arrangement,” he said.

Mr. Oakes abruptly fled Indonesia after Mr. Wagstaff reported in The Wall Street Journal that he had paid several thousand dollars to a nongovernmental journalist’s organization, falsely claiming it was from the United States Agency for International Development, and that the organization had then put out statements beneficial to Mr. Wahid. Mr. Oakes denied claiming the money came from U.S.A.I.D.

By then, Mr. Oakes was pivoting to counterterrorism, presenting a more sophisticated option for “hearts and minds” campaigns than the blunt propaganda offered by P.R. firms and Madison Avenue.

“This pseudointellectual, academic approach, it looked really good,” said Dr. Briant. “You are creating a situation in which behavior will change. That idea underpins a lot of what they have developed since.”

By 2012, Strategic Communication Laboratories was a trusted partner of Britain’s Ministry of Defense, included on the so-called “X list” of companies “cleared to routine access to U.K. secret information.” It was also providing training for Britain’s 15th Psyops Group, according to documents released this month by Christopher Wylie, a former Cambridge Analytica employee.

When Dr. Briant last met Mr. Oakes for an interview, late last year, he was in an expansive, boastful mood. Mr. Oakes praised Mr. Nix, his younger colleague, for expanding the company’s electoral work swiftly, making it into “a very successful commercial entity.” But he credited himself with the big ideas behind the firm’s work.

He rolled his eyes a little at the controversy that had built up around Cambridge Analytica’s work for a pro-Brexit campaign, a narrative which he said Mr. Nix had fed for commercial reasons.

Yes, the company had been branded as using “pretty unethical ways of achieving their results,” he acknowledged to Dr. Briant. But on the bright side, he said, this was exactly what many clients were looking for.