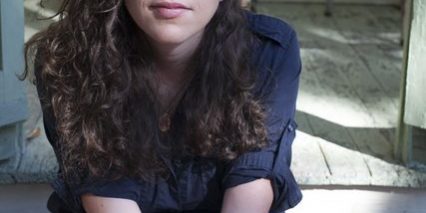 Emily Nemens, a co-editor of The Southern Review, seems agnostic and omnivorous when it comes to narrative mediums. In addition to publishing poetry, fiction and essays, she is a prolific illustrator who has amassed a large following on Tumblr for her watercolor portraits of women serving in Congress.

She will now take on a more prominent role in American letters. On Thursday, she was named the new editor of The Paris Review, one of the most prestigious literary magazines in the United States.

Ms. Nemens, who lives in Baton Rouge, La., and has been a co-editor of The Southern Review since 2013, is a surprising choice for a publication so closely tied to the New York literary world. She takes the helm at a challenging moment in the journal’s history, several months after its previous editor, Lorin Stein, resigned under a cloud of sexual harassment allegations.

Ms. Nemens’s eclectic taste and creative ambitions proved to be a draw for the Paris Review board, which chose Ms. Nemens over a pool of candidates better known in New York’s literary circles. Ms. Nemens will begin her new job on June 1.

“Her literary tastes, her accomplishments, the combination of her work ethic and her sense of collaboration — both with her writers and her staff — make her a really unique package of talent,” said Akash Shah, a Paris Review board member who led the search for a new editor. “This is someone who is on a steep trajectory, and The Paris Review is going to benefit from that.”

In an interview, Ms. Nemens, 34, said she hoped to bring “a spirit of collaboration” that will empower the staff. She added that she wanted to continue the quarterly’s relationships with writers it has published in the past while also finding new voices.

“The meritocratic approach that I’ve had in my editing practice so far, I’ll bring that,” she said.

Despite The Paris Review’s relatively small size — it has 11 full-time staff members and a paid circulation of around 23,000 — it looms large in the publishing world and has played a significant part in shaping American literary culture. Since its founding in 1953, the magazine has helped to start the careers of writers like Jack Kerouac, Edward P. Jones, Philip Roth, Ann Patchett, Adrienne Rich, Lydia Davis and Denis Johnson.

For much of its history, the publication was shaped by the charismatic writer and editor George Plimpton, who co-founded The Paris Review and edited it until his death in 2003. Some people in the literary world fretted that the magazine might not flourish or even survive without him.

He was succeeded by Brigid Hughes, who is now the editor of the journal A Public Space. The journalist Philip Gourevitch took over in 2005 and made his mark by adding more nonfiction to the mix.

Mr. Stein was credited with revitalizing the magazine during his seven years in the job. He championed work by emerging female writers, including Rachel Cusk, Ottessa Moshfegh and Angela Flournoy. His tenure ended abruptly in December, when he resigned amid an internal inquiry into allegations of sexual misconduct and harassment.

“At times in the past, I blurred the personal and the professional in ways that were, I now recognize, disrespectful of my colleagues and our contributors,” Mr. Stein wrote in his resignation letter. “I am very sorry for any hurt I caused them.”

A five-person committee set to work looking for his successor. In addition to Mr. Shah, those making the decision included the Paris Review board members Ms. Hunnewell, Jeanne McCulloch and the novelists Jeffrey Eugenides and Mona Simpson.

While considering candidates for the job, the board revised its bylaws, instituted a whistle-blower hotline maintained by the company EthicsPoint and created an employee handbook outlining its harassment and ethics policy. The board and the staff have also undergone seminars focused on workplace harassment and discrimination.

“This whole experience required the board to really look at itself, look at the current state of the institution, in ways that we probably haven’t in the past,” Mr. Shah said.

The search for a new editor prompted speculation and literary-world gossip. Last month, New York Magazine floated the names of several prominent women who interviewed for the position, including Nicole Rudick, the managing editor of The Paris Review who has been serving as interim editor.

“Everyone worked very hard but we are specifically grateful for Nicole’s editorial leadership and fineness of spirit,” Terry McDonell, the president of the publication’s board, said in a statement. “She held it together.”

The quarterly’s announcement of Ms. Nemens’s hiring came two days after its annual Spring Revel party, which was held at Cipriani 42nd Street in Midtown. The film director John Waters served as the M.C. before a crowd of friends and patrons that included Tina Brown, the former editor of The New Yorker and Vanity Fair; the “60 Minutes” correspondent Steve Kroft; the authors Don DeLillo, Mr. Eugenides, Ms. Simpson and David Sedaris (among many other writers); the current Vanity Fair editor (and Paris Review alum) Radhika Jones; and the British pop singer Ellie Goulding.

It is safe to say that many people in the room that night were not familiar with Ms. Nemens, who has not followed the usual trajectory of a literary magazine editor.

A native of Seattle who studied art history and studio art at Brown University, she worked in editorial roles at the Center for Architecture and the Metropolitan Museum of Art before moving to Louisiana. She received a degree in creative writing at Louisiana State University and began working at The Southern Review, which was founded at the university in 1935. She has published her writing in n+1, Esquire and The Gettysburg Review.

In the past year, The Southern Review has won two Pushcart Prizes and two O. Henry Awards. Three stories published in the magazine have been selected for the 2018 edition of The Best American Short Stories, an annual anthology edited by the feminist author Roxane Gay and the series editor Heidi Pitlor.

In a statement, Ms. Nemens said she hoped to strike “a balance between stewardship and innovation” at the Paris Review. “I think I have an ability to understand and appreciate a publication’s history and prioritize incremental, thoughtful growth,” she said.