The ‘Northern’ blackmail of Nigeria 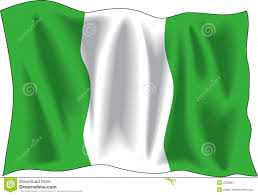 I HAVE never voted in a Nigerian election. I have only ever voted once, but it was in Britain and not in Nigeria. As a Commonwealth student in England in the 1970s, I was allowed to vote for the re-election of Harold Wilson’s Labour party. However, I am seriously thinking of casting my vote, for whatever it is worth, in Nigeria’s forthcoming elections in 2015. There is only one reason for this. I am determined that a “Northerner” must not be the next president of the Federal Republic of Nigeria.

I have nothing against the North per se, but I have reached the conclusion that it would be unhealthy for Nigeria’s next president to come from the North. To accede to the insistence of certain loud Northern politicians that the North must produce the next president, is to send a wrong signal to the North. The North has become

the spoilt-child of Nigerian politics. It always has a grudge when it is not in power. This must be discouraged.

When Moshood Abiola, a Southerner, won the election in 1993, the Northern elite conspired to scuttle it. When they finally succumbed to a Southern presidency in 1999, some of them nevertheless sought to make trouble by politicising sharia. When Jonathan won in 2011, there was instigated rioting in the North. Some of the elite even decided to sponsor terrorist activities in disgruntlement. This terrorism has now backfired, to the extent that it is now beyond the control of its initial sponsors.

The North has to learn to live without political power at the centre. The rest of the country has learnt to do this over the years, as the Northern elite have monopolised power. But Northern politicians seem to believe political power is their entitlement. As a result, the “Northern” blackmail is now in full swing. Certain spokesmen of the so-called North are threatening to hold the country to ransom come 2015, if a Northerner is not elected the president of Nigeria. They are saying: “It’s either our way or no way. If we don’t get the presidency, then Nigeria cannot continue.” This is poppycock!

Adamawa Governor, Murtala Nyako, says: “we must stop President Goodluck Jonathan’s attempt to go for second term, as that will lead to civil war.” Who exactly are the “we” Nyako is talking to here and who is going to start this civil war? Senator Joseph Waku of the ACF (Arewa Consultative Forum) says: “President Jonathan should not even contemplate making any move to contest the 2015 election because such will be catastrophic.” I am curious as to what the catastrophe would be.

Junaid Mohammed says there will be mayhem in Nigeria should President Goodluck Jonathan and the PDP rig the 2015 election. Junaid is a Second Republic politician. When Northern Shehu Shagari rigged the election in 1983 and won by a “moonslide,” Junaid did not declare mayhem on Nigeria at the time. When the election was massively rigged for Northern Yar’Adua in 2007, we did not hear of mayhem from the likes of Junaid. But with the probable re-election of a non-Northerner, Junaid is threatening violence. Well, the violence will consume no one but Junaid himself.

Precisely because of these bombastic threats, it will be impolitic for Jonathan to decide not to run in 2015. The entire nation must call the bluff of these power-hungry Northerners. Let us see what they will do if Jonathan not only runs, but is re-elected. These threats are irritating and vain. Southerners do not throw these tantrums when Northerners are in power. The Igbo are a major ethnic group in Nigeria. They have been denied the presidency for virtually all of Nigeria’s 53 year history. Yet, they are not crying wolf. They are not threatening fire and brimstone. But those who have monopolised the presidency for 38 out of 53 years are the ones shouting till they are blue in the face. What cheek!

It is not the birthright of Northerners to rule Nigeria. It is the prerogative of all Nigerians to decide who will be our president. The ethnic chauvinists of the ACF have no right to determine who Nigeria’s president should be or where he or she should come from. If the president of Nigeria does not come from the North for the next 20 years, there is nothing the ACF or anybody else can do about it.

The ACF position is just so much smoke and mirrors. The body does not speak for the North. It is simply the mouthpiece of certain Northern politicians who are indolent and are craving another opportunity to loot the treasury at the centre. The fact of the matter is that the North no longer exists if it ever did. It is hardly a homogeneous political entity. More than any other part of Nigeria, the North is deeply divided between the haves and the have-nots. After 38 years of deception and betrayal by Northern politicians, the Northern poor do not need to be told that such mouth-organs as the ACF and NEF (Northern Elders’ Forum) have little or no interest in their plight.

The North is currently at war with itself. The Boko Haram has become an instrument for further Northern division and impoverishment. It has started an intercinine war where some Northern Moslems have been killing Northern Christians. Undoubtedly, the effect of this scourge in dividing the North politically along religious lines will be evident in future elections.

Moreover, as was evident in the 2011 elections, the far North no longer shares traditional affinity with the Middle belt or with the North Central. The far North voted en bloc for Buhari, while the Middle Belt and the North Central voted en bloc for Goodluck Jonathan. Abuka Onalo, president UMYC (United Middle-Belt Youth Congress) insists the people of the Middle Belt are not Northerners and have never been treated as Northerners by the Hausa/Fulani. He says they are: “now remorseful of their roles in past actions of spearheading Northern interests that did not benefit their people.”

Nyako maintains Jonathan signed an agreement with some northern governors in 2011 to serve for a single term of four years. This position raises a number of annoying questions. Who exactly are these northern leaders and what special place do they have in the selection of a Nigerian president that anybody needs to make an agreement with them? Nyako and his colleagues are dreamers. Whatever role they presume to arrogate to themselves in Nigerian politics is a result of their delusion. Goodluck Jonathan did not need them in order to win the last election.

In 2011, Jonathan lost to Buhari in all the far northern states of Bauchi, Borno, Gombe, Jigawa, Kaduna, Kano, Katsina, Kebbi, Niger, Sokoto, Yobe, and Zamfara. Nevertheless, he still went on to win the election at the centre with a plurality of over 10 million votes. Therefore, it is immaterial whether or not he made an agreement with these Northern jokers. Those he is alleged to have made the agreement with could not even deliver their side of the bargain. Nevertheless, Jonathan went on to win the election. That should tell these pretend power-brokers that they are actually irrelevant in the Nigerian political equation. Under the circumstances, it is preposterous to now insist Jonathan must keep his part of the alleged bargain. Clearly, the bargain, if it ever existed, was a waste of time.

It is disrespectful to Nigerians for Nyako to have the audacity to say that, in a democracy, a group of Northern governors reached a private agreement on who should be the president of Nigeria. That is balderdash. Perhaps, we should just cancel elections altogether and have Nyako and his friends decide every four years who should fill what posts. These people are just fooling themselves. The fact that Jonathan subsequently became president should not obscure the fact that their presumptiveness was shown to be false. The governors could not deliver the North to him. Obviously, they had no control over Northern voters.

For 38 years, when Northerners ruled Nigeria, there was no talk of any agreement with anybody to serve for a delimited period. Balewa signed no agreement for six years. Gowon entertained none for nine years. Murtala did not deem it necessary to put any pen to paper. Shagari ran for a second term without making a treaty with the South-South. Buhari succeeded Shagari without thinking it was high time a Southerner became head of state. Babangida replaced Buhari for nine years without signing an agreement with anybody. Rather than entertain Southern rule, Abacha truncated it. After five years, he reached an agreement with himself to succeed himself. After Abacha came Abdulsalaam; yet another Northerner.

But once Obasanjo, a Southerner, became president; the Northerners started talking about an agreement that he should only be president for one-term. The same irritating noises are being made again now that, for once in the history of Nigeria, a South-South man is president. For this very reason, under no circumstances should the next president of Nigeria come from the North. In the interest of national unity, these cry-baby Northern leaders need to be taught a lesson. I repeat: the presidency of Nigeria is not their birthright. If these characters don’t know this by now, 2015 is the time for them to know it.

People like Professor Ango Abdullahi of the NEF claim to be against President Jonathan on the grounds that his government has not performed. Pull another leg! The North is not known to produce good presidents. Yar’Adua was a remarkably lousy president. He was also the most tribalistic president in Nigeria’s history. He ignored federal character and filled the government with Northerners. For example, under him, the Minister of Finance, Minister of National Planning and the Governor of the Central Bank were all from Kano. The NEF kept mum even when a sick Yar’Adua was holed up in a Saudi Arabian hospital, while his Northern acolytes went on a looting spree of the treasury, forging cheques in his name.