The North and President Jonathan. The consequences of baying for blood 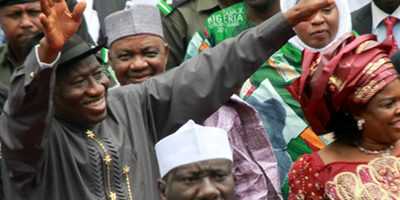 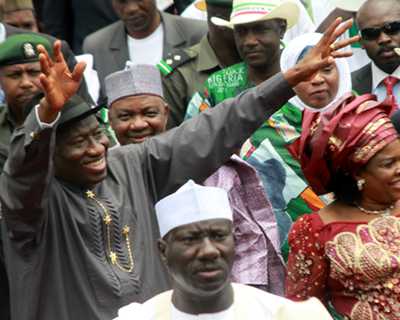 This report by JIDE AJANI will show that whereas members of the Jama’atu Ahliss-Sunnah Lidda’awati Wal Jihad, otherwise known as Boko Haram, may have started out as a rag-tag group of Islamic evangelists who came in handy for political domination, it became a veritable tool of distraction to President Jonathan’s government in the build-up to and in the wake of the 2011 general election, before becoming a terror group with international network, contemporary reality is that with just about nine months to next year’s presidential election, even the incumbent, constitutionally guaranteed to seek re-election, is tongue-tied to verbalise his aspiration.

But what this creates is a catch-22 situation whereby Jonathan, if seen to have been hounded out of power on account of this insurgency, would create a fresh life for another form of militancy, south of the Niger. The report would conclude that bad as things are today, Nigeria can ill-afford a country that may become discombobulate because of an insurgency from the North and fresh militancy affecting Nigeria’s crude production in the south.

At a private session with President Goodluck Ebele Jonathan, just after the Presidential Media Chat of Sunday, May 4, 2014, he expressed his sentiments about the role of God Almighty in his ascendancy to the presidency of Nigeria.

Against all odds, and at a time when the North (establishment North) was insistent on disallowing Jonathan to rightfully seek the position of the Office of the President and Commander-in-Chief of Nigeria, something divine happened. From far away Enugu State, the Peoples Democratic Party, PDP, was having its usual fair share of internal discord; but typical of the party, the then national chairman, Okwesilieze Nwodo, also from Enugu State, appeared not to be on the same page with his governor.

This was not one of those Aso-Rock induced crisis. On the eve of the presidential nomination contest, Governor Sullivan Chime succeeded in ousting Nwodo with the instrumentality of a court order. It was that ousting that made Jonathan’s campaign in the North a bit easier than would have been possible. Reason: Haliru Mohammed, the then deputy national chairman and a northern prince, took over as PDP’s national chairman.   His role during the campaigns was echoed by President Jonathan, in total submission to God, thus:

“It was not planned; it just happened.   God made it happen because nobody saw it coming.   It may have been very difficult to go round the North to get votes had Nwodo remained as chairman.   We went round the states of the North and we were received well”.
That much for patience, goodluck and providence! Today’s Nigeria, however, would require more than patience and goodluck.   It would require facing the realities that confront the nation.

The North has not ceased to insist that it wants power back by 2015.
Even the merger between the Action Congress of Nigeria, ACN, and the Congress for Progressive Change, CPC, which brought about the All Progressive Congress, APC, is nothing more than part of the grand plan of the North to wrest power from Jonathan.   Interestingly, the behemoth PDP is a political party that still has the largest spread – this is not an endorsement.

Except something cataclysmic erupts, the chances of the APC ousting Jonathan next year would be difficult.
The current validation of the voter register which has seen more names of ghost voters expunged has comparatively reduced the much-taunted numerical strength of the North against the South.   According to investigations by Sunday Vanguard, by the time the exercise is concluded, Kano may lose close to one million ghosts.
Another pointer is the shambling going on in the APC regarding the quest for control.   This has made the opposition unable to present a very strong challenge – at least for now – apart from the media outbursts between its Lai Mohammed and PDP’s Olisa Metuh.

Add to this mix the possible apathy that would be witnessed during next year’s election in the APC states of Adamawa, Borno and Yobe because of insurgency. Yet, going back in time, it should be admitted that the role members of Jama’atu Ahliss-Sunnah Lidda’awati Wal Jihad, otherwise known as Boko Haram, has played and is playing is not desirable.   Indeed, the attitude of the northern elites, smarting from their defeat at the polls in 2011, may have encouraged the then tempered acts of brigandage of the sect members.   In fact, the statement credited to some northern political leaders that governance would be near impossible for Jonathan should he win the 2011 presidential election, appeared to have prepared the ground for the insurgency that followed. The statements were at once reckless and inciting.

And whereas today’s Boko Haram is not the same as the rag-tag, dane-gun-wielding militants of 2011, President Jonathan and his administration cannot be excused for being egregiously derelict in its handling of the sect.   Even the recent abduction of girls in Chibok had to take the forceful intervention of other world leaders who took a cue from activists in Nigeria, before Mr. President could be roused from his slumber – that, after the First Lady had infused comic relief in a time of distress.

Back to the contestation for power: The story of Nogales, Arizona, in USA, and Nogales, Sonora, in Mexico, divided by a fence, is very similar to Nigeria’s North and South.   (Read it here).
The story is also similar to the deepening inequality and poverty in parts of Nigeria – where stupendous wealth breaths down on stark poverty in the same locality – that was an evolution borne out of Nigeria’s colonial rule.

Today, governance at almost all levels has been reduced to a means of aggrandisement.   Therefore, while the rich are getting richer, the poor are getting even poorer (See story on Page 7 about Nigeria being a poor country).   It is this contestation for power as a means of getting richer that continues to drive politics in Nigeria.

That is why, even in spite of the insurgency and the need for all hands to be on deck regarding the war on terror, some politicians are already seeing in the crisis a window of opportunity to get power back to the North.   There is a need not to dwell on President Jonathan’s shambolic handling of the war on terror forever.
Therefore, in focusing on the future, politicians must take cognizance of Nigeria’s very fragile nationhood, its evolution and the tectonic plates that are quick to shift in the face of slight clashes of socio-economic and political interests. This is where good sense should come to play.

Whereas every Nigerian who meets the constitutional requirement to seek to become president should be allowed to seek the office, creating a fertile ground for instability which would then be used as a pole on which the failings of Jonathan would be hoisted cannot and would not bode well for Nigeria.   As it is, the attacks (some justified, some purely malicious, others needlessly vicious, and yet a few seditious and inciting) against Mr. President would only serve to re-awaken the militancy of some ne’er-do-wells from the South South geo-political zone whose only sense of nationalism is hinged on the proprietoral hold they have on Jonathan.

In the event that this President is seen to have been hounded out of office (even if he loses in a free and fair election), Nigeria would find itself between the devil and the deep blue sea – insurgency in the North; militancy, and its attendant economic sabotage of oil facilities in the South South; and a political class that lacks the capacity for true nation-building, would be nothing more than a recipe for further, greater instability.