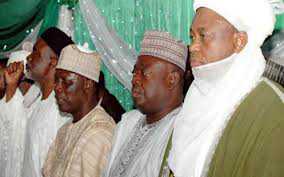 The Muslim Rights Concern, MURIC, has denounced the constant raids on mosques which have become recurring decimal in the South Eastern part of Nigeria and called on the Nigerian security agencies to stop coercing Northerners and Muslims resident in the South-East.

According to MURIC’s Director, Prof. Ishaq Akintola said the unfolding pattern reveals overzealousness on the part of Easterners and the security operatives based in the South-East. “Flimsy excuses are being used to persecute Muslims and Northerners resident in their midst. Men of the Nigerian Army on Monday

Although the Chief Imam and twelve of those arrested were set free after rigorous interrogation that lasted hours at the 144 Battalion, Asa in Ukwa West council area of the state, two teachers of the New Horizon Academy which is attached to Aba Central Mosque were not released. It was alleged that the soldiers discovered substances suspected to be chemical in the school.

“It is also a usurpation of the Allah-given and fundamental human rights of Muslims and Northerners residing in the South-East as enshrined in Chapter IV, Section 41(1) of the 1999 Constitution of the Federal Republic of Nigeria which stipulates that “Every citizen of Nigeria is entitled to move freely throughout Nigeria and to reside in any part thereof, and no citizen of Nigeria shall be expelled from Nigeria or refused entry thereto or exit therefrom.”

MURIC stated that by constantly raiding mosques, Nigerian soldiers are setting a bad precedent. “By molesting Imams and Islamic scholars, Nigerian security agencies are engaging in religious stigmatization, ethnic profiling and undue scapegoatism. These actions are not only most unethical but also highly unprofessional. They stand in contradistinction to international best practices among security agencies around the world where the focus is on intelligence gathering instead of the manifestation of Stone Age security gimmicks and dictatorial Gestapo tactics.”