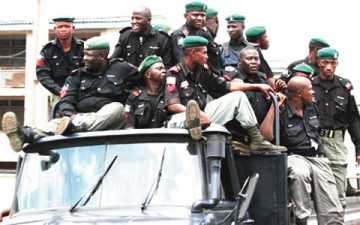 The management of the Nigeria Police Force has stopped recruitment into the force as a result of paucity of funds, The PUNCH learnt on Tuesday.

The last recruitment into the police was in 2011.

Our correspondent learnt that poor budgetary allocations had been hindering the Force from adding to its current 400,000 policemen and policewomen.

In 2014, the NPF had a total budget allocation of N292.35bn, though the amount that was released could not be ascertained as of the time of this report.

“With the increasing rate of crime in the country, we need more policemen, but we have not been able to recruit because of paucity of funds,” a top police officer confided in The PUNCH on Tuesday.

It was learnt that the police under Mohammed Abubakar, a former Inspector- General of Police, had in 2014 sought approval to recruit 30,000 personnel, but the government approved only 10,000 men to be recruited into the Force.

Even with the approval, no money was released for the exercise until it became close to the election time, making it impossible to recruit and train the new hands before the polls.

It was learnt that the money for the suspended recruitment had been used to pay salaries and other incidental expenses.

Besides the inability to recruit, it was further gathered that some detectives had been demanding money from complainants to enable them to investigate cases.

The NPF, it was also learnt, had been borrowing money from some commercial banks to pay the salaries of its personnel since October, 2014.

Findings indicated that the Police Management Team was shortly before the 2015 general elections forced to obtain loan facilities to avert a mutiny from police personnel, some of whom had been complaining about the non-payment of their promotion arrears and other emoluments.

Checks also showed that the borrowing started under the former IGP, Suleiman Abba, who was sacked by former President Goodluck Jonathan in April, 2015, shortly after the general elections.

Our correspondent gathered that the insolvency of the police was responsible for its inability to pay the salary arrears of policemen that were promoted in 2013.

The PUNCH had exclusively reported in February, 2015 that some 15,000 policemen had threatened to go on strike over the inability of the police management to pay their promotion arrears.

Sources told our correspondent on Tuesday that the police management was forced to obtain a loan from some banks to pay its personnel in order to avert a strike, which would have marred the general elections in March.

One of the sources stated that police could still not pay the salary arrears because the money available was being used to offset salaries only.

“The situation is so bad that our detectives cannot investigate most criminal complaints because there is no money for logistics. In most cases, they ask the complainant to provide the logistics (money) for their transport and hotel accommodation, if the investigation requires travelling from one city to another,” a source stated.

When asked how long the police would sustain the borrowing, the source explained that banks had not given the Force any ceiling or limits, noting that the police would continue to borrow until the government released its withheld funds.

He said, “The banks have not given us any borrowing limit, so we will continue to borrow until our financial situation improves.

“The banks are happy to give us the money because it suits their business interests. They know that they won’t lose their money, so they encourage us to get loan facilities to meet our obligations. You know the police cannot afford not to pay its personnel.”

Another source explained that the expectations of contractors might be dashed as the force did not have any extra money with which to service their debts, stressing that the Police High Command was only focused on settling salaries for now.

Asked how the IG was able to raise money to procure about 555 pick-up vehicles for his newly launched Safer Highway Initiative, the source said the vehicles were bought with part of the money that was released for election logistics.

Abubakar had complained about the steady decline in budgetary allocations for overheads to the police in spite of the increasing security challenges they had to contend with.

Speaking at the 2014 budget defence in the Senate in February 2014, the former IG had said the budget office earmarked N279bn for personnel cost against N293bn required to pay the police personnel.

He complained about the shortfall of N14.4bn in the provision for personnel cost, noting that out of the N14bn appropriated for capital expenditure in 2013, only N10.9bn was released.

Although the current IG, Solomon Arase, had denied that the police borrowed money to pay salaries, a top officer insisted that the Force secured loans from banks.

“As one of the agencies of the Federal Government, we have not had cause to take a loan from banks,” Arase had said while answering questions during a meeting with senior police officers at the Force Headquarters, Abuja, two weeks ago.

When asked on Tuesday, if the police were borrowing to pay its personnel, the Force Public Relations Officer, Emmanuel Ojukwu, neither denied nor confirmed it.

“The NPF is maximizing the funds available to it,” he simply said.

He explained that the Force only recruited specialists in 2013, adding that the recruitment of personnel would soon be done.

“The last time we recruited was two years ago when we engaged specialists, but I believe we will soon recruit more personnel,” he stated.

In response to the report that police detectives had been demanding money from complainants to investigate criminal cases, the Force spokesman said it was illegal for any policeman to demand money to investigate complaints.